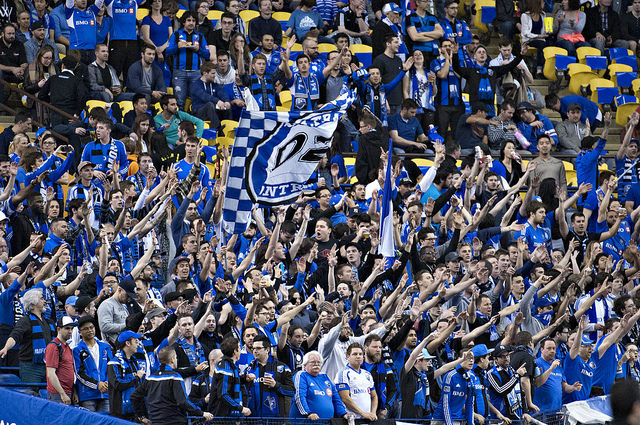 It was a banner year for Canadian clubs in 2015

Of course, that’s only the short version. Don’t forget FC Edmonton won their Amway Canadian Championship preliminary round over Ottawa FC for the second year in a row, then came within a whisker of reaching the final before losing to eventual Canadian winners Whitecaps FC. Then in October and November, London Marconi won their second-straight national title at the 2015 Sport Chek National Championships Challenge Trophy while Oakville Blue Devils won the 2015 Ontario-Québec Inter-Provincial Cup.

On the women’s, famous Edmonton Victoria SC became just the third team to three-peat as Jubilee Trophy national winners at the 2015 Sport Chek National Championships (joining Edmonton Angels from 1982-86 and Surrey Marlins from 1991-93).

Montréal’s run to the CONCACAF Champions League Grand Final, however, was the definite highlight of the club soccer calendar year. With three big matches at Stade Olympique in March and April, the city came alive as the Impact came within a win of claiming the continental title and qualifying for the FIFA Club World Cup.

Cam Porter’s last-minute, series-winning goal in the quarter finals was the best-celebrated goal on the Canadian calendar, with 38,104 fans sent into an unimaginable frenzy upon Pachuca’s elimination from CONCACAF’s final eight.

In the Grand Final, Club América won the two-match series 5-3 on aggregate, with a 4:2 win in the last leg on 29 April. With 61,004 spectators in Montréal, the Impact recorded Canada’s highest one-day attendance for a stadium competition of any sport in 2015.

In the second half of the calendar year, the back-to-back national winners from Montréal met Vancouver Whitecaps FC in the two-leg Amway Canadian Championship final. After a memorable 2:2 draw at Stade Saputo, however, it became Vancouver’s turn to lift the Voyageurs Cup for the first time: they won 2:0 at BC Place on 26 August, with goals by Octavio Rivero and Tim Parker. Canadian midfielder Russell Teibert was named George Gross Memorial Trophy winner as most valuable player of the competition.

Into the final few months of the calendar year, fans were given yet more reasons to cheer as four Canadian teams made the playoffs in Major League Soccer and the North American Soccer League. In the NASL, Ottawa Fury FC booked their playoff spot by winning the NASL Fall Season championship, then won at home on the strength of a Tom Heinemann brace at TD Place.

In the NASL Soccer Bowl playoff championship, the Fury lost 2:3 to host New York Cosmos, with both goals scored after they were reduced to 10 men in the 15 November final.

In the MLS East, both Montréal and Toronto met in the playoffs, with Montréal spurred by late-season addition Didier Drogba and Toronto propelled by MLS Most Valuable Player Sebastian Giovinco. Montréal won the series, but were then eliminated by Columbus Crew in the conference semi finals. As for the historic all-Canadian playoff matchup, it drew a record national audience of 582,000 on TSN and RDS.

In the MLS West, Canada’s Whitecaps FC hosted the second leg of their conference semi finals, but lost 0:2 to eventual MLS Cup winners Portland Timbers FC. The defeat closed out an otherwise successful year, with Vancouver the top-ranked Canadian team during the MLS regular season (53 points from 34 matches). In 2016, Vancouver hold the top seed in the ninth edition of the Amway Canadian Championship.