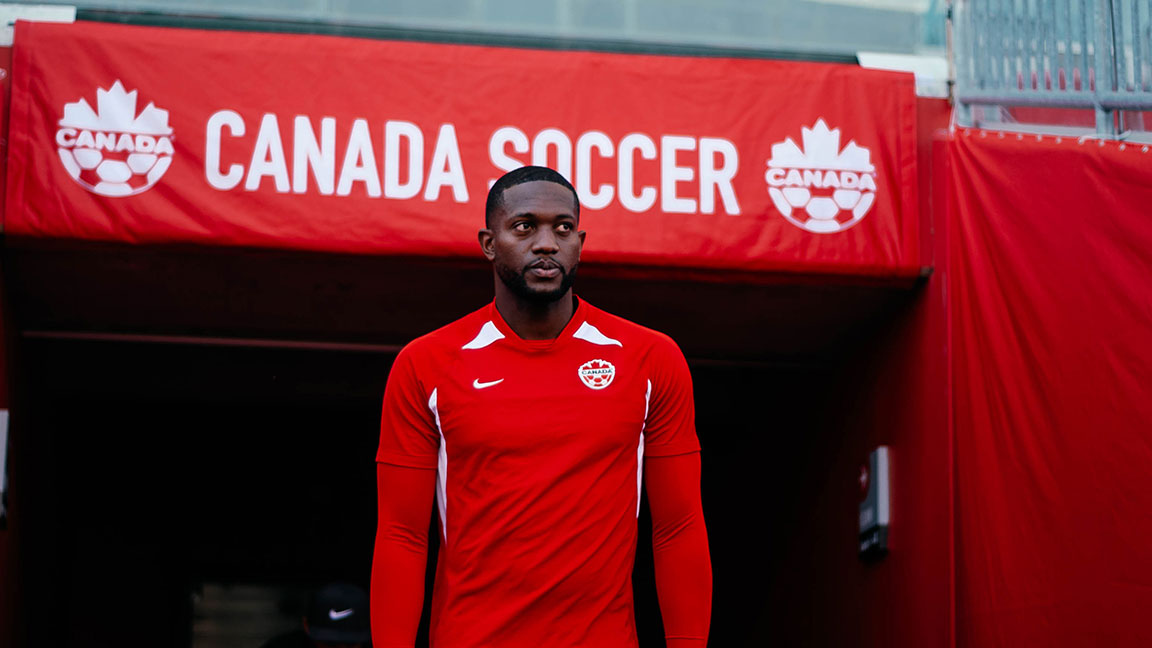 Over a decade ago, Doneil Henry made his professional debut with his hometown club Toronto FC in Canada Soccer’s Canadian Championship at BMO Field in Toronto. Still only 17 at the time, Henry was one of the trailblazers for homegrown talent at the time, in fact his club’s first-ever MLS Homegrown signing in August 2010. The Brampton centre back had gone from playing his youth career across the Greater Toronto Area to TFC Academy and all the way to the lineup with the big club Toronto FC.

He may not have known it at the time, but Henry was unwittingly opening the door to the generation of talent that would come after him at the professional level in Canada. From Toronto, Henry continued his career in Cyprus, England, back in Canada (Vancouver and Ottawa), and now in Korea Republic as the first Canadian player in the K-League with the Suwon Bluewings. With Canada Soccer’s Men’s National Team, Henry returns to his “first home, first love” to play in FIFA World Cup Qualifiers this week at BMO Field in Toronto.

Canada’s matches throughout the Concacaf Final Round of FIFA World Cup Qualifiers are broadcast live on OneSoccer and Sportsnet. After back-to-back draws against Honduras and USA, Canada face El Salvador on Wednesday 8 September at 19.30 local / 19.30 ET / 16.30 PT. Fans will find extended coverage across Canada Soccer’s digital channels on Twitter, Instagram, Facebook and YouTube featuring the hashtags #CANMNT and #CANWNT.

Henry is one of 16 players in the Canada lineup who grew up in Ontario, including Atiba Hutchinson (Brampton), Steven Vitória (Sudbury), Milan Borjan (Hamilton), Junior Hoilett (Brampton), Jonathan Osorio (Brampton), and Lucas Cavallini (Mississauga). In the opening match of the Concacaf Final Round on 2 September at BMO Field, younger players Tajon Buchanan (Brampton), Stephen Eustáquio (Leamington), Alistair Johnston (Aurora) and Scott Kennedy (Calgary, Alberta) all got to play their first international match at home in Canada.

“We’re a confident group and not that in we’re going in there expecting the three points, but we do know what it takes,” said Henry when speaking to the pressure of a home game in front of a sold-out crowd at BMO Field. “Every game is pressure and we know the importance of performing, especially at home.”

Much of this confidence stems from the depth of talent head coach John Herdman has at his disposal. With an unprecedented three FIFA World Cup Qualifiers in seven days, this depth will prove critical, something Henry sees as a bit of a challenge, not for the players, but for Herdman.

“With 23 guys ready to surrender their jersey anytime they step on the pitch the hardest job is for the manager (Herdman) when you have three games in a week,” said Henry.

Henry’s comments point out a good conundrum for Canadian management in who they start and who they have ready as finishers. Regardless of that challenge, Henry commends Herdman, saying that, “he has everyone under a certain belief. This Canada team is whole and we are one.”

With 14 matches in the Concacaf Final Round from September 2021 to March 2022, Canada are approaching each match with a “one match at a time” mentality. Unbeaten with two points from their first two matches, Henry described his team’s mood as “satisfied so far [but will be] satisfied with nothing less than a win” on Wednesday against El Salvador.

Henry aptly pointed out that it “comes down to who wants it more in these international games” which is something the feistiness of the Honduras matchup and the caginess of the USA showdown proved. Canadians in attendance and watching on TV can feel confident that Henry’s homecoming will see him and the generation he led give everything to make friends, family, and fans proud.

Canada has built plenty of momentum in a landmark year for the Men’s National Team Program that will feature a record 19 international matches including FIFA World Cup Qualifiers and the Concacaf Gold Cup. Canada have already played 13 of those 19 matches, posting a record of 9-2-2 with six clean sheets and a record 44 goals scored. Earlier this year, Canada set a record with eight consecutive wins and reached the Concacaf Gold Cup Semifinals for the first time since 2007.