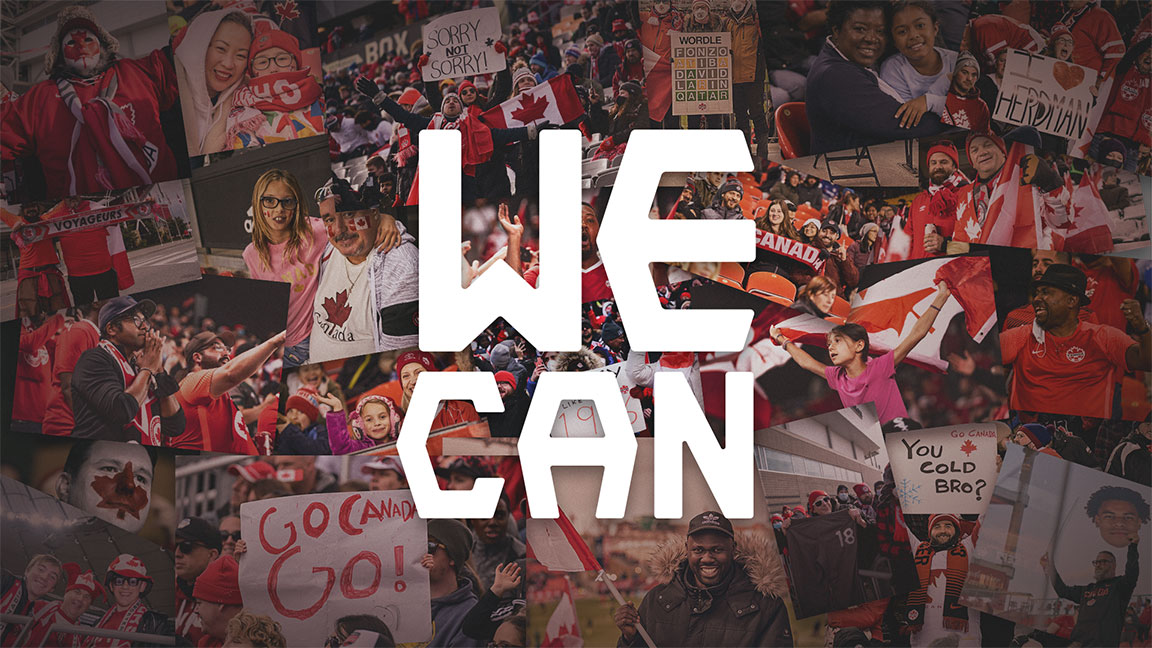 “Canada Soccer are excited to launch the #WeCAN Documentary Series that will provide an inside look at how both National Teams prepare to compete on the world’s stage,” said Dr. Nick Bontis, Canada Soccer President. “The dedication and commitment of our players and staff are on full display for all Canadian fans to see as we continue to unite our country from coast to coast in support of our National Teams at the FIFA World Cup Qatar 2022™ and FIFA World Cup Australia & New Zealand 2023™.”

Ahead of the public premiere of each episode of the #WeCAN Documentary Series, an exclusive advance preview will be made available to CanadaRED+WHITE and CanadaRED+GOLD members. For more information on Canada Soccer’s CanadaRED Fan Membership program, which provides an inside track on promotions, presale ticket access to National Team home matches, exclusive offers, and more, visit https://canadasoccer.com/canada-red-registration/.

To follow Canada Soccer’s journey at both the FIFA World Cup Qatar 2022™ and FIFA Women’s World Cup Australia & New Zealand 2023™, fans are encouraged to visit the CanadaSoccer.com digital hub for each competition. The webpages feature new and regular content in the buildup to each final competition, including the final squads to be announced in November 2022 and July 2023. Fans will also find extended coverage across Canada Soccer’s digital channels on Facebook, Instagram, TikTok and Twitter featuring the hashtags #CANMNT and #CANWNT.