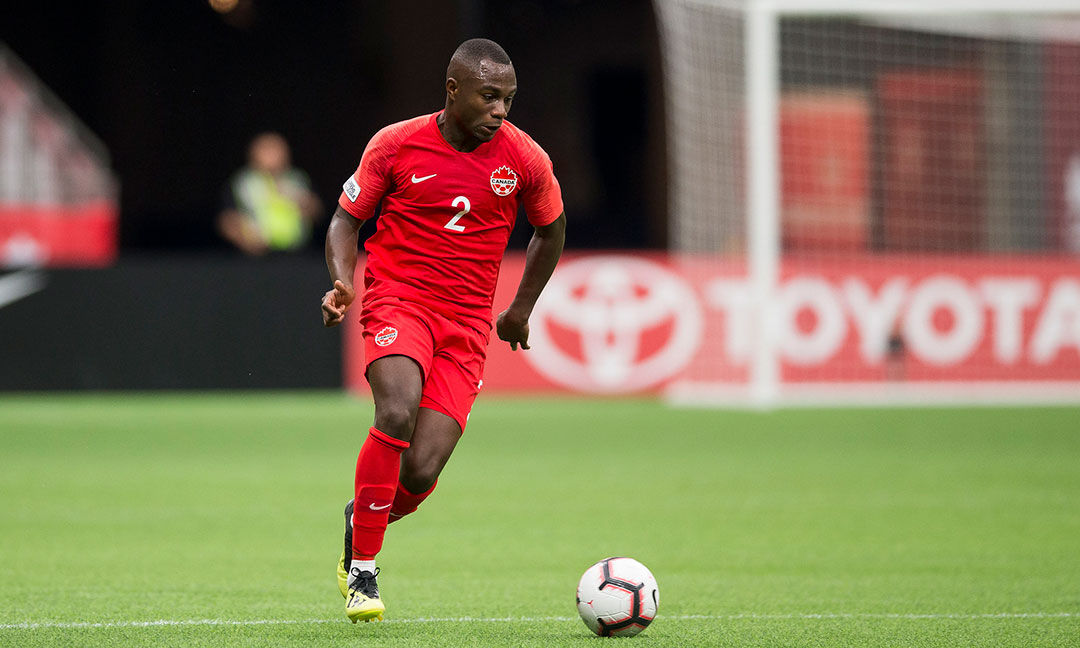 Building on the positive momentum of Canada Soccer’s Men’s National Team Program, Canada will challenge their rivals for one of two Concacaf spots up for grabs to this summer’s Olympic Games. Canada, one of eight nations competing in Concacaf Men’s Olympic Qualifying, will look to get off to a start strong start against El Salvador with a plan to progress across the three group matches in Guadalajara, Mexico from 19-25 March 2021.

“We have worked hard to build rhythm and fluidity with the plan to progress in the group stage in Concacaf Men’s Olympic Qualifying,” said Mauro Biello, Canada Soccer’s Men’s Olympic National Team Head Coach. “It is important that we grow throughout the competition and we have already started that with our pre-tournament camp in Guadalajara. From now, it’s all about gaining momentum through the group stage and being sharp all the way through the competition.”

Canada’s squad will prepare for the competition with an opportunity to become the first Canadian youth team to ever qualify for an Olympic Games. Only players born 1997 or later are eligible for the qualifying tournament, whereas the Olympic Games may feature up to three overage players. Unlike previous qualifying campaigns, nations may only feature 17 outfield players (instead of 18) and three goalkeepers.

Concacaf Men’s Olympic Qualifying tournament is an important next step for Canada’s young players on their journey to the Men’s National Team. The competition provides players with a chance to gain valuable international experience as part of their progress to the Men’s National Team. As an all-in-one qualifying campaign with both a pre-camp and a match that falls just outside the FIFA window, several players were not eligible for the official competition because they would not be released by their professional clubs. Nations are not allowed to replace players once the competition begins, with the exception of injured players who can be replaced before the opening match.

Unlike the last Concacaf tournament in 2015, only two (not three) nations advance beyond the Concacaf Men’s Olympic Qualifying tournament, so the Concacaf Semi-finals on 28 March will be Canada’s one-and-only opportunity to qualify for the Olympic Games. Canada have reached the Concacaf Semifinals in each of the last three cycles (2008, 2012, 2015), but have not qualified for the Men’s Olympic Football Tournament since Los Angeles 1984 when they reached the Quarterfinals (which at the time featured the full “A” team). That same 1984 Canadian team qualified for the FIFA World Cup just a year later for Mexico 1986.

CANADA’S GROUP OPPONENTS:
Canada have faced their three group opponents in previous editions of Concacaf Men’s Olympic Qualifying, although they have not faced El Salvador since 2012 when Canada  drew them 0:0 in the opening match of the group phase (both Canada and El Salvador escaped the group phase that year). While Haiti have yet to reach the Semi-final of this competition, Honduras are the only nation to reach the Concacaf Semi-final stage in five consecutive editions since 2000. Honduras were also Concacaf champions in 2008.

CONCACAF GROUP A:
In the other group, familiar powers Costa Rica, USA and host Mexico have all qualified for the Olympic Games with their youth teams in the past 20 years, with Mexico the Olympic champions just two cycles ago in 2012. Dominican Republic are newcomers to the final eight, but ahead of the tournament they were joint leaders with the most players attached to clubs in Europe (both Dominic Republic and Haiti feature eight players from European clubs).