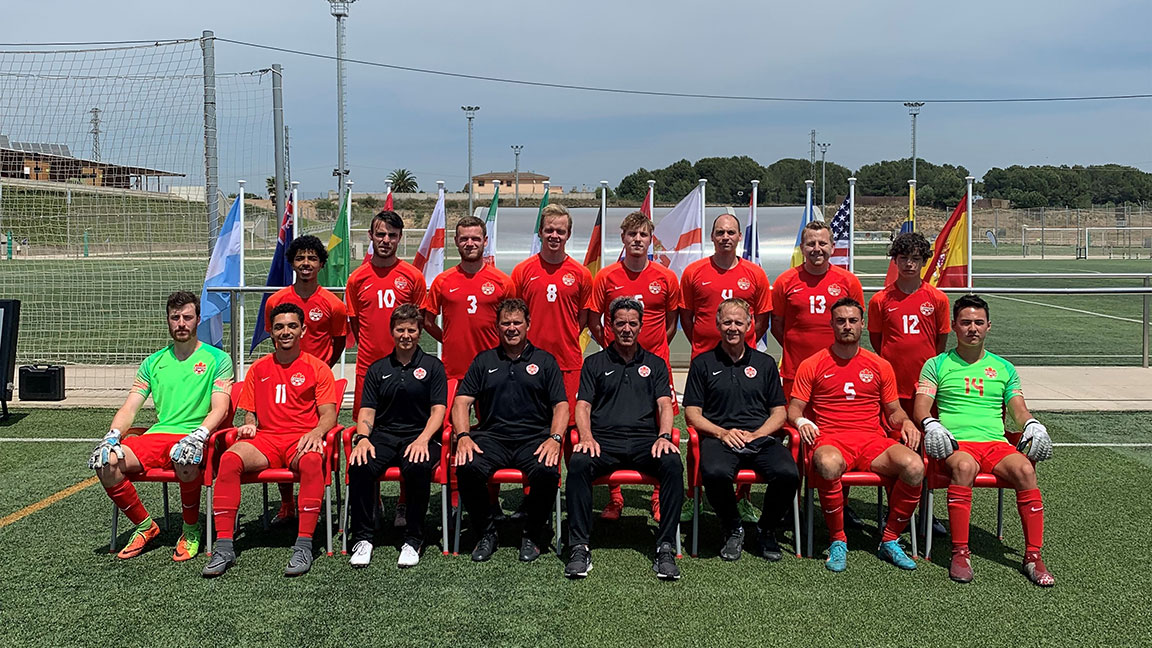 Canada finished in 9th place at the 2022 IFCPF Men’s World Cup, matching their previous best result at the biennial world competition from 2009. It marked Canada’s fourth top-10 finish in nine editions of the IFCPF Men’s World Cup since 2005. After posting a 1-1-1 record in group play, Canada beat Australia on kicks from the penalty mark and then won 1:0 over the hosts Spain on the final of the competition.

Across the group stage, Canada lost 1:8 to group winners England on Tuesday 3 May, won 1:0 over Netherlands on Thursday 5 May, and drew 3:3 with Venezuela on Saturday 7 May. Canada finished tied with Netherlands on four points, but finished third on goals difference and thus missed the Quarterfinals.

In the playoffs, Canada were down 2-0 late to Australia, but then mounted their comeback on a pair of Samuel Charron goals in the final minutes of the second half (58′ and 60’+2). Canada took a 3-2 lead in the last minute of the first period of extra time, but then conceded in the last minute of the second period of extra time. Tied 3:3, Canada then won 5-4 on kicks from the penalty mark, with goalkeeper Ryan Watson the hero after he both scored and then saved a shot.

On the final day of the competition, Yuri Costa scored the 1:0 winner as Canada beat Spain on Saturday 14 May.