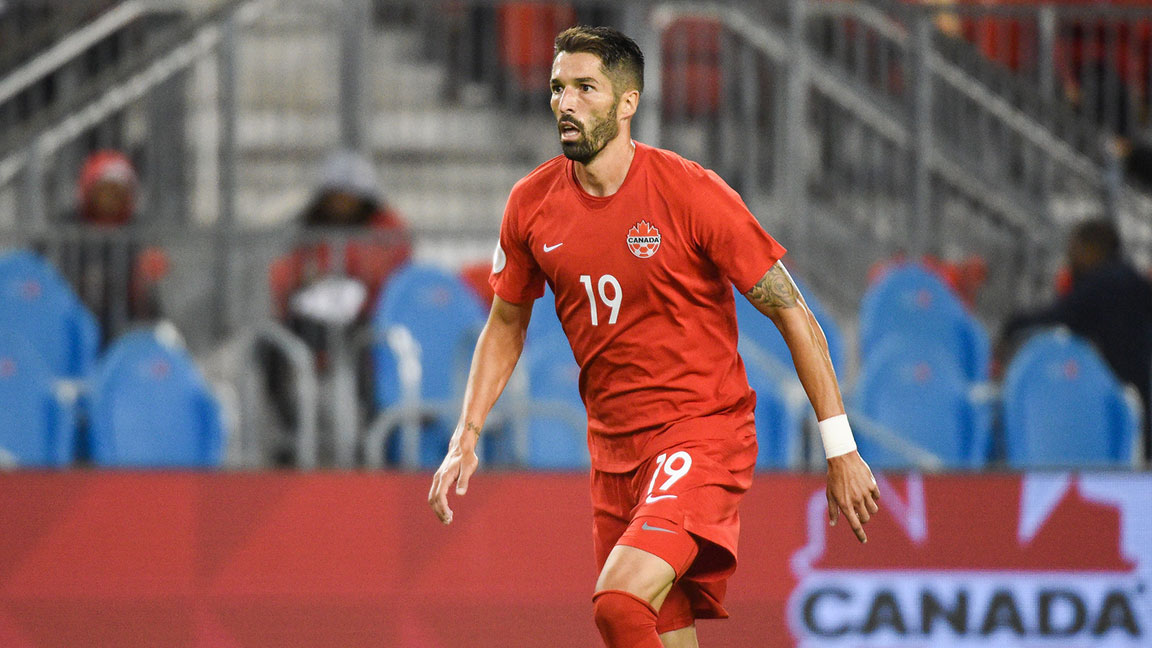 Canada kicks off group phase at the 2021 Concacaf Gold Cup

Canada kicks off group phase at the 2021 Concacaf Gold Cup

Canada Soccer’s Men’s National Team are ready to kick off the group phase of the 2021 Concacaf Gold Cup this 11 July against Martinique in Kansas City. The Sunday match kicks off an exciting summer of soccer at the 2021 Concacaf Gold Cup, the confederation’s biennial championship which runs 10 July to 1 August in the United States. Canada’s first mission is the group phase, with matches against Martinique, Haiti and tournament hosts USA, with all three Canada matches to be played at Children’s Mercy Park in Kansas City, KS, USA.

“The Concacaf Gold Cup is a great opportunity for this team to continue building together,” said John Herdman, Canada Soccer’s Men’s National Team Head Coach. “For many, this is their first experience of a tournament at this level and for others they are ready to compete with Concacaf’s best. We will take it game by game and enjoy each challenge with the aim of pushing as far a we can in the tournament while building for FIFA World Cup Qualifiers in September.”

All three group matches will be broadcast live on OneSoccer, starting with the Canada-Martinique match on Sunday 11 July at 18.30 ET / 15.30 PT (17.30 local). Canada then face Haiti on 15 July and USA on 18 July, with only the top-two teams from the group advancing to the Concacaf Gold Cup Quarterfinals. Fans will find extended coverage across Canada Soccer’s digital channels on Twitter, Instagram, Facebook and YouTube featuring the hashtag #CANMNT.

“For Canada, the mentality in every game will be to continue to develop, grow, and learn as a team,” said Herdman. “It will be a process to go match by match through the group phase and to just keep building on that momentum within this team with a key group of players.”

The 2021 Concacaf Gold Cup provides Canada’s exciting young team with an important opportunity to build momentum and gain valuable experience while playing meaningful matches against some of the top nations in the region ahead of the Concacaf Final Round in FIFA World Cup Qualifiers.

Canada’s squad features a mix of youth and experience, with 14 of Canada’s players with 10 or less international “A” matches under their belts. In all, the squad features 11 Concacaf Gold Cup debutants and 11 returning players including midfielders Jonathan Osorio and Samuel Piette who will both participate in their fifth consecutive confederation championship since 2013. Forward Cyle Larin will participate in his fourth consecutive Concacaf Gold Cup since 2015.

For the opening match, Canada will be without debutant Harry Paton through Covid protocols after a number of players and staff from his club in Scotland tested positive for Covid-19. Both Alphonso Davies and Scott Kennedy are now out through medical reasons while Frank Sturing has been added to the Canada squad in Kansas.

CANADA SOCCER’S MEN’S NATIONAL TEAM PROGRAM
Canada Soccer’s Men’s National Team are two-time Concacaf champions, previously winning the 1985 Concacaf Championship and 2000 Concacaf Gold Cup. This year marks Canada’s 15th participation at the Concacaf Gold Cup since 1991. Along with their first-place finish in 2000, Canada reached the Semifinals in 2002 and 2007. Across the past five years from 2017 to 2021, Canada are one of only four nations that have finished top-six across all three Concacaf major tournaments: fifth place in Concacaf Nations League A and sixth place at both the 2017 and 2019 Concacaf Gold Cups.