LTPD is a model of athlete development that parallels what doctors and psychologists have long used to better understand human development: as a series of distinct stages, which takes us from infancy through to adulthood. A person’s abilities, behavious and emotions, as well as their understanding of the world around them, varies from stage to stage.

Similarly, experts in sport science have identified seven stagesof development — each with its own physical and psychological characteristics —that form the basis for LTPD. When young soccer players are able to train and compete in an evironment that’s appropriate to their stage of development, they not only perform at their best, they also have more fun.

In other words, LTPD is designed to give players an optimal soccer experience at every stage by putting their needs front and centre.

We don’t expect kids to compete in spelling bees without first teaching them their ABCs. When activities and expectations don’t match with a child’s developmental stage, this can set them up for failure.

The same is true when young children are thrust into a soccer environment that over-emphasizes winning at the expense of developing skills and having fun. The negative consequences can last a lifetime: Some kids develop bad habits and poor skills and can become discouraged. Many don’t achieve their performance potential. Others end up leaving the sport altogether because they don’t enjoy the game.

LTPD gives all players the best chance of success in soccer by tailoring training, competition and coaching to their needs at the appropriate stage of development.

When children learn the right skills at the right time —supported by a caring soccer community of parents, coaches, officials and volunteers —they become more confident in their abilities and have a lot more fun. This means more of them will grow into healthy, active adults with a lifelong love of the game.

Read more in our Long-Term Player Development: A Community Guide

Curious about the recommendation to eliminate league standings in youth soccer under LTPD? Read this leaflet (pdf).

LTPD for Players with Disabilities 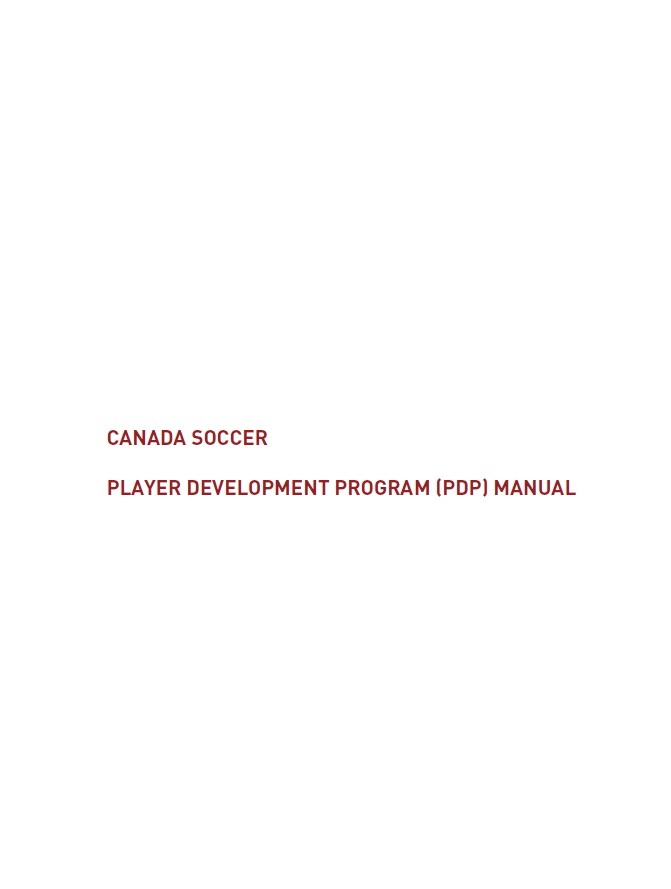 For in-depth presentation of the Long-Term Player Development model, browse through the Wellness to World Cup – Volume 1 manual (pdf).