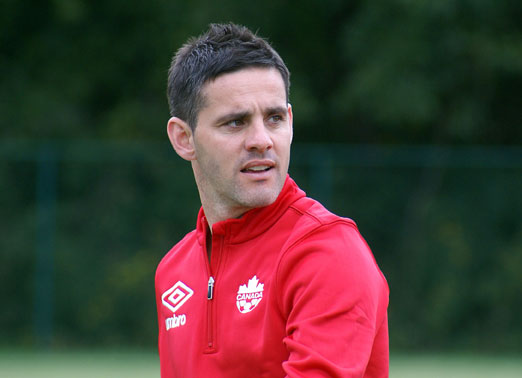 “A solid week for the players”

Canadian women’s head coach John Herdman has confirmed it has been a “solid week” for his players in preparation for the 2012 CONCACAF Women’s Olympic Qualifying Tournament later this month in Vancouver. The Canadian team has been preparing since 3 January in Fullerton, CA. The team returns home to Canada on 14 January.

“The camp has gone really well so far,” said coach Herdman. “It has been a solid week for the players.”

Canada will participate in the 2012 CONCACAF Women’s Olympic Qualifying tournament from 19-29 January. The eight-team, 15-match tournament will be played in its entirety at BC Place in downtown Vancouver. The top two teams from the competition will qualify for the London 2012 Women’s Olympic Football Tournament.

Canada’s first two opponents are Haiti on 19 January and Cuba on 21 January. Haiti finished sixth at the most recent CONCACAF women’s championship in 2010 (FIFA Women’s World Cup Qualifiers) while Cuba has yet to make its debut in a final round of a CONCACAF women’s “A” competition.

“We have an idea of what we will face, so we are building some strategies around that,” said Herdman. “We still have another four or five days to continue our preparations before we get to Vancouver. At the same time, we must focus on what we can do well to get through those games.”