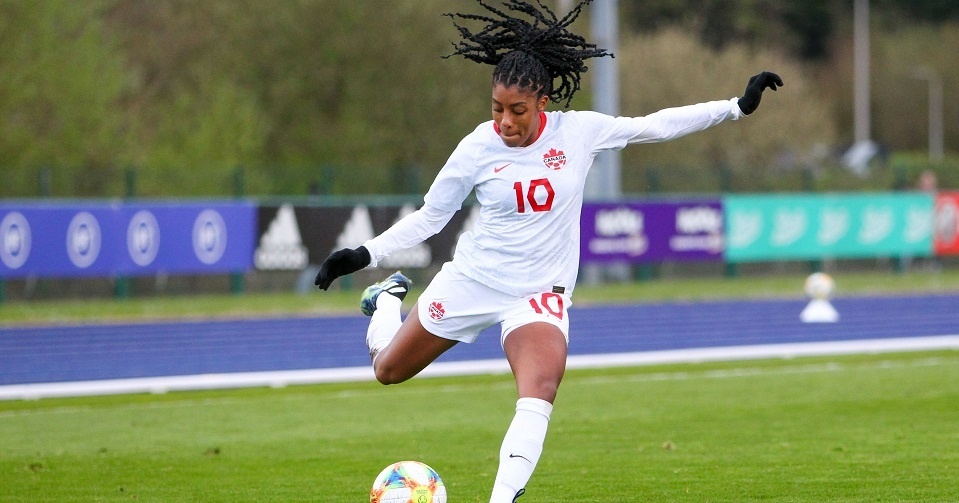 The UEFA Women’s Champions League semi-finals feature two legs: this Sunday 25 April and next Sunday 2 May. The two winning teams then advance to the UEFA Women’s Champions League Final on 16 May. This Sunday, Huitema and Lawrence are in action with Paris Saint-Germain FC at 09.00 ET / 06.00 PT while Fleming and Chelsea FC are in action at 11.00 ET / 08.00 PT.

Ashley Lawrence, Jordyn Huitema and Paris Saint-Germain clinched their Semi-finals ticket by eliminating the reigning champions Olympique Lyonnais (2-2 on aggregate, Paris qualified through away goals). Lawrence played 90 minutes in both Quarter-final matches, while Huitema featured as a substitute in the second leg.

Jessie Fleming and Chelsea FC won their two Quarter-final matches against Wolfsburg (5-1 on aggregate). Fleming, who is taken part in her first UEFA Women’s Champions League campaign, featured as a substitute in the second leg.

Canada Soccer’s Women’s National Team player Kadeisha Buchanan is the first and only Canadian to have win a UEFA Women’s Champions League title, in fact winning it four years in a row since she debuted with Olympique Lyonnais in 2017. Lawrence is the only other Canadian to reach the Final back in 2016-17 (against Lyon). Lawrence also reached the Semifinals in 2019-20 while Sophie Schmidt and FFC Frankfurt reached the Semifinals in 2015-16.

Of note, Huitema and Beckie are the Canadian leaders for the most goals (6) in UEFA Women’s Champions League and Qualifying.