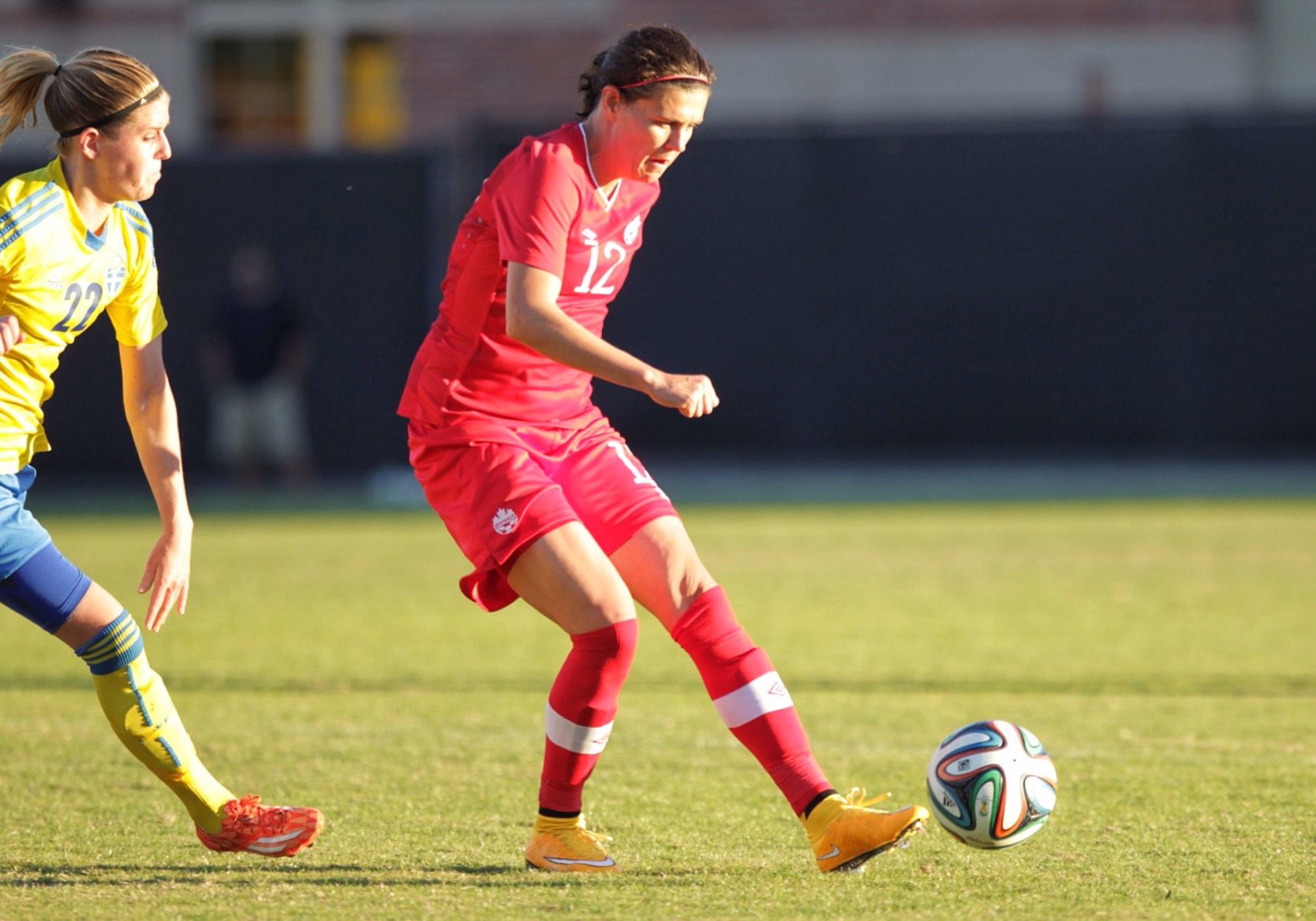 Wednesday’s 1:1 draw with Sweden highlighted what Herdman was talking about as, on the balance of play, Canada perhaps deserved better than a draw but they only managed the one goal.

Canada’s Women’s National Team had a 2014 packed with matches against top quality opposition and all year long they showed that there isn’t much of a gap between them and the best in the world.

The team finished with a flourish with two confident performances against Sweden. One was a win and the other a draw that could just have easily been a win. So as 2014 rolls into the new year, there’s a clear sign that the team is headed in the right direction.

“We’re not there yet. To win FIFA Women’s World Cups you have to be able to beat teams by a couple of goals. Germany, on any given day, can score two or three past teams,” said Head Coach John Herdman. “But that’s where we’ve got to get. We can’t be that one-goal wonder team that will only beat you 1-0. So over the next months we’ve got to keep cracking at that and working on that front five.”

Wednesday’s 1:1 draw with Sweden highlighted what Herdman was talking about as, on the balance of play, Canada perhaps deserved better than a draw but they only managed the one goal.

But credit the team for coming back to level matters and look the likelier of the two teams to get a winner after going down a goal. There was no defeat after conceding and they rallied and didn’t look like a desperate team.

“If that had gone to extra time, I think there was one team that was going to win it,” said Herdman. “As a group, we know how to stick together when the time’s right and watching them in that last 30 minutes when both teams were tired on a sunny day and it’s 1:1, both teams might have said ‘look, let’s play for a draw’ but we didn’t.”

The team still has some training to go in 2014 but the matches are done for the year. Now the tough choices are on the horizon for Herdman and the staff, as they know they have to start to have an idea of who will be in consideration when Canada welcomes the world next summer for the FIFA Women’s World Cup Canada 2015TM.

Canada will soon learn which nations it will have to face in 2015 as the FIFA Women’s World Cup 2015 Official Draw takes place at the Canadian Museum of History in Gatineau Quebec on Saturday 6 December.