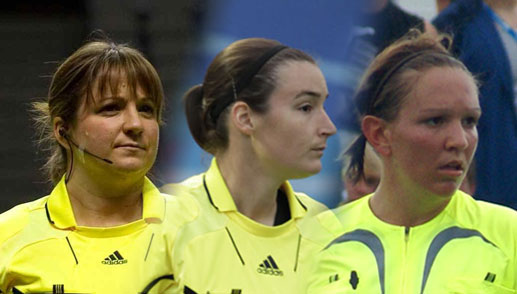 Carol Anne Chénard, Marie-Josée Charbonneau and Marie-Soleil Beaudoin have been appointed to the CONCACAF Women’s U-20 Championships.

Carol Anne Chénard, Marie-Josée Charbonneau and Marie-Soleil Beaudoin have been appointed to the CONCACAF Women’s U-20 Championships.

This 11-day tournament takes place from 9-19 January in the Cayman Islands.

For Chénard, one of Canada’s most experienced referees, these regional championships could be the start of a busy two years, since CONCACAF is hosting the next three FIFA women’s competitions. Charbonneau and Beaudoin, two recent appointees to FIFA’s List, are also building impressive careers that will be further boosted by participating in this tournament.