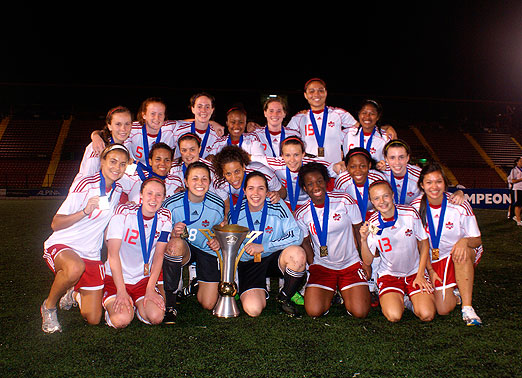 This Day in Football from 19-25 March

This Day in Football from 19-25 March

THIS DAY IN FOOTBALL: 20 March 2010
Canada wins the 2010 CONCACAF Women’s Under-17 Championship with a 1:0 victory over USA in the championship final. Kinley McNicoll scores the lone goal of the match. Canada also plays the last 34 minutes with one less player after Yazmin Ongtengco is sent off in the 56th minute.

THIS DAY IN FOOTBALL: 24 March 1993
Canada defeats Costa Rica for the first time at the “A” level with a 1:0 victory in an away Men’s International Friendly match. Colin Miller scores the lone goal on a header in the 83rd minute. The match is played at Estadio Ricardo Saprissa in San José.