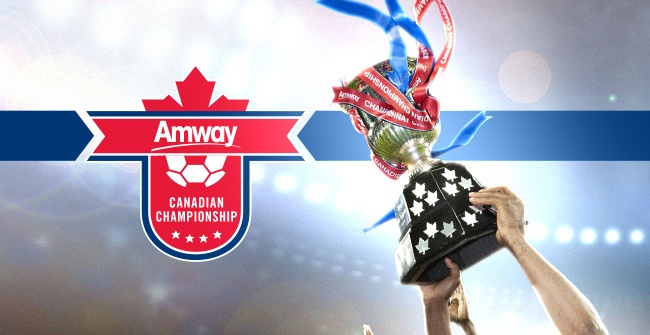 The stakes are high: Amway Canadian Championship starts an epic road to the CONCACAF Champions League

The stakes are high: Amway Canadian Championship starts an epic road to the CONCACAF Champions League

The Amway Canadian Championship is more than just a competition to earn Canadian bragging rights, it is a conduit to CONCACAF Champions League, and the only path for Canadian teams to play the best clubs in the world, such as reigning FIFA Club World Cup champions Barcelona FC.

A Canadian team has never won the CONCACAF Champions League or fought for club supremacy against the best in the world, but Impact Montréal FC came tantalizingly close in 2015. After tying Mexico’s storied Club América 1:1 at the famed Estadio Azteca in Mexico City in the first leg of the CONCACAF final, the Impact took the lead in the 8th minute of the second leg in front of 61,004 fans packed into Montréal’s Stade Olympique. In a match that will be remembered for years to come, the Impact looked like they would lift Canada into the FIFA Club World Cup for much of the match, before Club América converted three goals in 15 minutes to secure the win.

In April 2015, the Impact took fans through a rollercoaster of emotions as they battled for confederation’s title against Mexico’s top club. Now it is time for Canada’s five professional clubs to battle it out and earn the opportunity to show that Canada’s teams are in it to win it against the world’s best.

The 2016 Amway Canadian Championship again features Canada’s five professional clubs, with the winner earning a spot in the 2017-18 CONCACAF Champions League. FC Edmonton will face Ottawa Fury FC in the preliminary round, with the home-and-away series set for Wednesday nights 11 and 18 May. The winner will advance to the semi-final phase, to be played Wednesdays 1 and 8 June against last year’s Canadian champion Vancouver Whitecaps FC. In the other semi-final series, Toronto FC will face Impact Montréal FC. The two semi-final winners will then meet in the national final, to be played in the weeks of June 21 or 22 and June 28 or 29 (dates to be confirmed).

Catch the matches LIVE on TSN

What you need to know:

About the Amway Canadian Championship