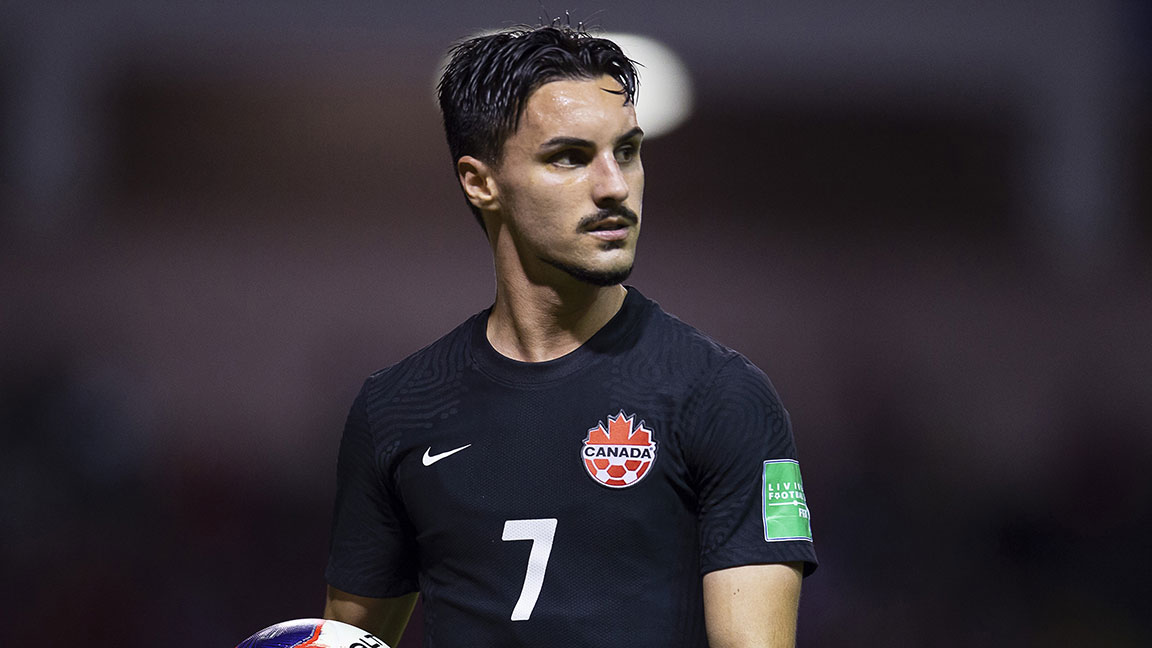 There are big things ahead for Stephen Eustáquio and you can tell that he’s just getting started.

Just ask the 25-year old midfielder who now stars for reigning Portuguese league winners FC Porto and he will tell you that he’s learned to take risks in order to play a bigger role in the team’s attack. It’s a move that has earned him more minutes at the onset of the 2022-23 season including his first-ever start in UEFA Champions League.

After leading FC Paços de Ferreira to a fifth-place finish in 2020-21 and a spot in UEFA Europa Conference League Qualifying in 2021-22, he joined FC Porto as part of their championship-winning season that included the 2021-22 Primeira Liga title as well as the 2022 Taça de Portugal. He mostly came off the bench, including two appearances in 2021-22 UEFA Europa League, but after a month into the new season he was given the starting role after the team lost away to middle-of-the-table Rio Ave FC.

Eustáquio took that opportunity and earned Man of the Match honours. It was a two-assist performance in a 2:0 away win over Gil Vicente that helped secure his role in FC Porto’s starting lineup for UEFA Champions League just four days later. Very quickly in just a matter of weeks, Eustáquio has started every FC Porto match in September across both the league (three starts) and UEFA Champions League (two starts) before rejoining Canada for the international break in the build up to the FIFA World Cup Qatar 2022.

“Stephen and a lot of us that have worked with him have always had the belief that he can operate at that level in UEFA Champions League,” said John Herdman, Canada Soccer’s Men’s National Team Head Coach. “He just needs the opportunities. He has grinded it out and there’s no doubt that he has worked hard so that when the opportunity finally came, he took it with two hands. We feel that we have seen that throughout his whole career.”

At the youth level, Eustáquio started his football in Ontario with Leamington’s house league program, the same place his older brother Mauro started. After the family moved to Portugal, Eustáquio then played his youth football at GD Os Nazarenos, UD de Leira, and SCU Torreense. He worked his way up the ranks, made his Primeira Liga debut at age 21 with GD Chaves, went away to Mexico and missed nearly a year of football recovering from a knee injury, then came back to Portugal and starred with FC Paços de Ferreira before joining FC Porto.

“He’s a great ambassador of the Canadian story, a kid who left home, took some risks, had to grind it out in the lower leagues in Europe, worked his way through a tough ACL injury with a tough move into Mexico, and he still fought his way back,” said Herdman. “It is one of the great Canadian football stories in recent times.”

Amazingly, it will only be a short three years since Eustáquio made his Canada debut when the FIFA World Cup kicks off in November 2022. Before the September window, he had already featured in 24 international “A” appearances with three goals scored and three assists recorded. He was Canada’s second-most played player in 2021 with 1,344 minutes across 17 matches and 15 starts.

Eustáquio has shown his quality time and time again with Canada, including a Man of the Match performance away last year in a knockout series with Haiti and then again in a crucial Concacaf Gold Cup Quarter-Finals match against Costa Rica. After helping Canada reach the Concacaf Gold Cup Semi-Finals, he helped Canada finish first overall in the Concacaf Final Round of FIFA World Cup Qualifiers to help Canada Soccer’s Men’s National Team secure their first berth in the FIFA World Cup in 36 years.

He had a big assist on Cyle Larin’s winning goal in that “Iceteca” match at Commonwealth Stadium against Mexico in November and then set up Larin for another game winner against Jamaica in March when Canada officially punched their ticket to Qatar 2022.

“The FIFA World Cup, it’s a dream come true,” said Eustáquio in the opening episode of Canada Soccer’s Doha Dreams profile series. “What we do in this FIFA World Cup is going to change the way that people see us in the next FIFA World Cup (when it is co-hosted by Canada). We are trying to start a legacy here for the young people in Canada. We are playing for them and the next generation of players that are coming.”

“I am not going to a FIFA World Cup to see others play, I’m going there to win.”