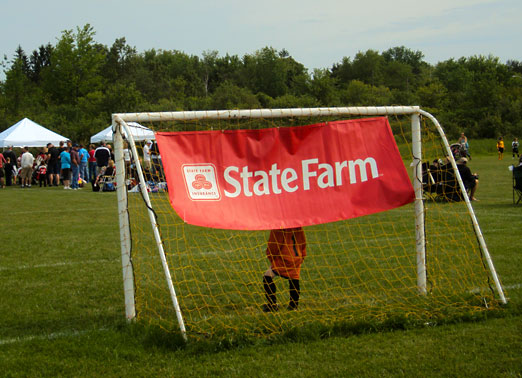 The Canadian Soccer Association and State Farm® are proud to announce the three regional finalists in the State Farm® Neighbourhood Soccer Volunteer of the Year contest.

The Canadian Soccer Association and State Farm® are proud to announce the three regional finalists in the State Farm® Neighbourhood Soccer Volunteer of the Year contest.

The State Farm® Neighbourhood Soccer Volunteer of the Year contest was initiated as an opportunity to recognize the dedicated volunteers in local communities who support the sport of soccer in Canada. Residents in Alberta, New Brunswick and Ontario were invited to nominate themselves or a soccer volunteer who was making a positive impact in the community.

The contest ran from August 8th, 2011 through to September 18th, 2011 and nominations came in for volunteers in all roles from youth team coaches, to referees, to club Presidents. The entrants were evaluated on specific criteria and three regional finalists were selected by a qualified panel of judges who were appointed by the Canadian Soccer Association.

The 2011 State Farm® Neighbourhood Soccer Volunteer of the Year regional finalists are:

Peter MacDougall is currently coaching at the Calgary Blizzard Soccer Club and has been at this club for the past 10 years. MacDougall has been involved in soccer for the past 40 years, as a player, coach, referee, and at the club management level.

Chris James is the Vice President of External Operations at the Fredericton District Soccer Association (FDSA). He created a “FDSA Moving Forward” document which has resulted in a committee being formed to search for a full-time coach that will ensure the focus is on player and coach development following the Wellness to World Cup and Long Term Player Development model.

Lucille Abate is currently the President of the Newmarket Soccer Club and has held that position for the past five years where she volunteers over 40 hours per week. As President, Lucille has been successful in securing over $1.2 million in funding for her club to support the construction of an indoor facility that will be owned and operated by the Newmarket Soccer Club. She is 100% committed to ensuring that every child in the community has the opportunity to play soccer and discover a love for the game.

The grand prize winner of the State Farm® Neighbourhood Volunteer of the Year will be selected from the three regional finalists and announced on Wednesday, 26 October. The 2011 grand prize winner will receive an ultimate soccer trip for four to catch the Canadian Men’s National Team 2014 FIFA World Cup Brazil QualifiersTM against St. Kitts and Nevis on 15 November at BMO Field in Toronto.

Fans that have not yet purchased their tickets for the 15 November match against St. Kitts and Nevis at BMO Field can do so through Ticketmaster.ca or 1.855.985.5000. Advantageous family packages as well as individual tickets are available, starting as low as $20.