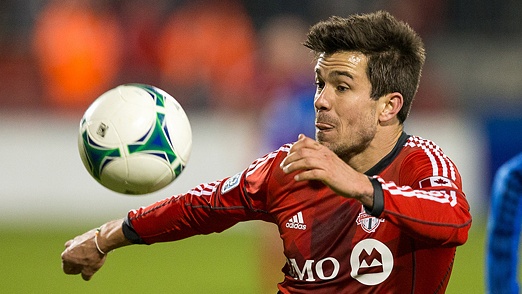 Action in the 2013 Amway Canadian Championship is set to continue on Wednesday evening with FC Edmonton and Impact Montréal hoping to come from behind to prevent a fifth-consecutive final between Toronto FC and Vancouver Whitecaps FC.

In the night’s first match, the Impact will be looking to claw back a two-goal deficit after Toronto FC’s 2:0 home win in the first-leg of the semi-final tie between the two teams on 24 April. Montréal will host Toronto at Stade Saputo (19.45 local kick-off) with the match live on Sportsnet ONE (19.30 ET / 16.30 PT).

The action will then shift West as Whitecaps FC will be looking to finish the job at home to FC Edmonton after coming from behind to pick up a 3:2 win over the Edmontonians in last week’s first leg at Commonwealth Stadium. Vancouver and Edmonton will do battle at BC Place (19.15 local kick-off), the match will also be live on Sportsnet ONE (22.00 ET / 19.00 PT).

The home-and-away Championship final will be played on 15 and 29 May.