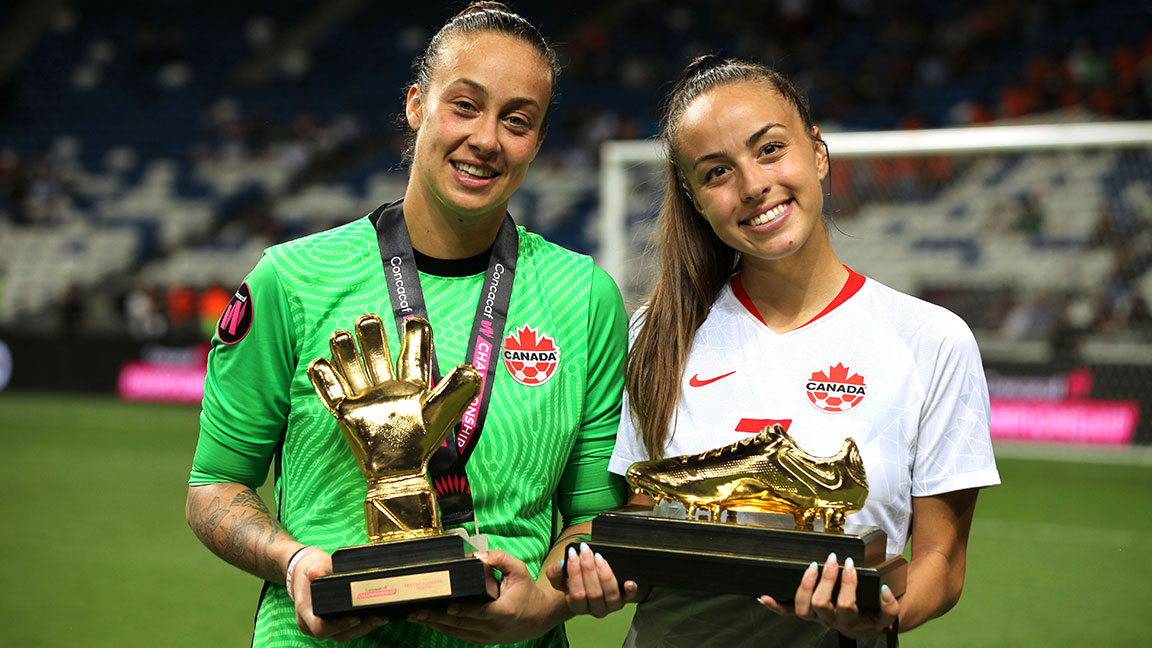 Sheridan and Grosso win awards at the 2022 Concacaf W Championship

Canadians Kailen Sheridan and Julia Grosso were both winners of top distinction awards as a result of their standout performances throughout the 2022 Concacaf W Championship in Monterrey, Mexico. Sheridan won the Best Goalkeeper Award while Grosso won the Top Goal Scorer Award. Canada Soccer’s Women’s National Team, meanwhile, took home the Scotiabank Fair Play Award in recognition of the exemplary behavior that promoted the spirit of fair play and compassion.

Sheridan was named Best Goalkeeper after finishing the tournament with three clean sheets and made seven saves in four matches with just one goal conceded. She played four matches including the Final against rivals USA which ultimately ended her streak of 348 minutes without a goal until the American Alex Morgan scored the 1:0 winner on a penalty.

Grosso took home the title of Top Goal Scorer by scoring three goals in Canada’s run to the Final. She scored twice in a 6:0 win against Trinidad and Tobago and scored her most important goal in the 1:0 win over Panama to secure Canada’s spot at the FIFA Women’s World Cup Australia & New Zealand 2023. Throughout the championship, Grosso played a total of 173 minutes.