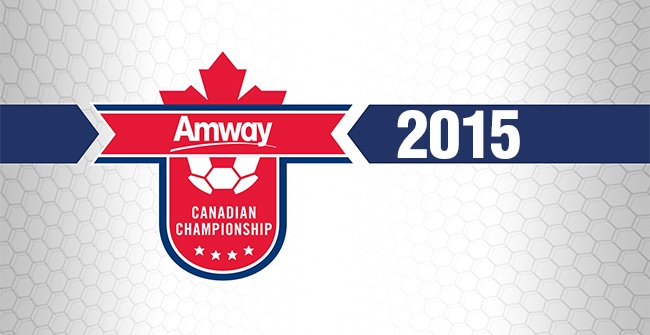 The five Canadian professional clubs are set to embark on another CONCACAF Champions League qualifying journey as the schedule for the 2015 Amway Canadian Championship is released.

In order to coexist with the FIFA Women’s World Cup Canada 2015™ and the CONCACAF Gold Cup competition calendars established, the 2015 Amway Canadian Championship will begin play in April and May and conclude in August.

As per last year, this eighth edition of the championship will see Ottawa Fury FC and FC Edmonton from NASL play a preliminary knock-out home and away round. The winner, the team that scores the greater aggregate of goals over the two matches, will secure the fourth semi-final place and join the three Canadian MLS clubs, Montreal Impact, Toronto FC and Vancouver Whitecaps FC in the next round.

The three MLS clubs have been seeded according to their final position in league play for 2014, with the winner of the preliminary round entering the competition seeded in fourth place.

As per previous years, the semi-final stage of the competition is played on a home and away knock-out format in which the highest ranked team will play at home in the second leg. The team which scores the greater aggregate of goals in the two matches qualifies for the final.

The final will also be played on a home and away basis (two legs). Once again, the team that comes on top on aggregate for the two matches is declared champion and earns the right to represent Canada in the 2016/2017 CONCACAF Champions League.

Through the past seven editions of the Amway Canadian Championship, Montreal Impact were inaugural champions (2008) followed by Toronto FC who won the Voyageurs Cup in four successive seasons (2009 to 2012), before Montreal Impact won the championship again in 2013 and 2014.