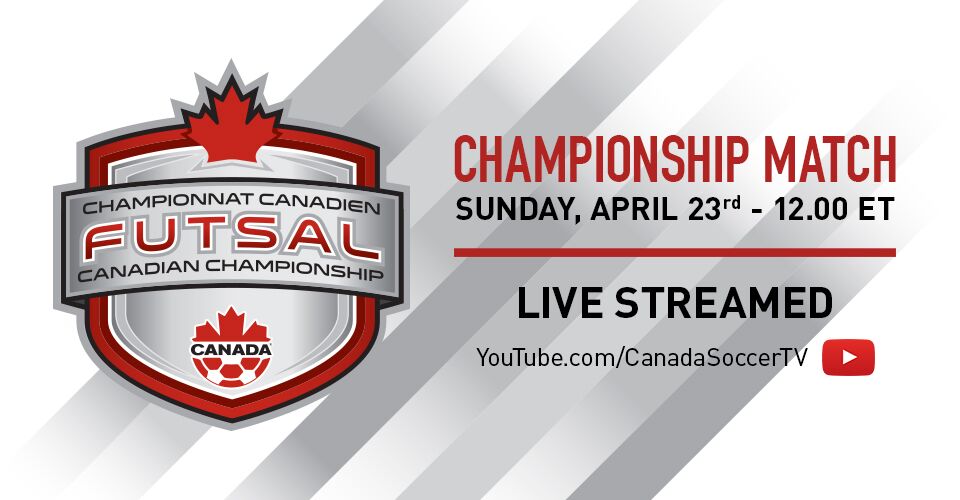 Saskatchewan and Quebec to play in 2017 Futsal Canadian Championship Final

Saskatchewan and Quebec to play in 2017 Futsal Canadian Championship Final

Saskatoon Olimpia SK FC, playing in Saskatchewan’s first-ever Futsal Canadian Championship, have secured a place in Sunday’s final. The match will be a replay of the final round robin match from Kingston, ON.

Québec’s Montréal Sporting Outlaws FC finished first in the round robin round with six points after their 2:1 victory over Olimpia SK FC 22 April. Kahil Naji scored both Québec goals while Jerson Barandica Hamilton scored his second of the tournament in a losing effort for Saskatchewan.

Fustal Club Toronto were eliminated after being defeated 9:3 in the opening match against Sporting Outlaws FC and drawing Olimpia SK FC 5:5. The Ontario representative were tied with Saskatchewan on a single point from two matches but lost the opportunity at the Grand Final on goal differential finishing at -6 while Saskatchewan finished -1.

This marks the first time that Kingston has hosted one of Canada Soccer’s national competitions. Previous editions of the Futsal Canadian Championship were played in Montréal, Québec (2015) and Oshawa, Ontario (2016).