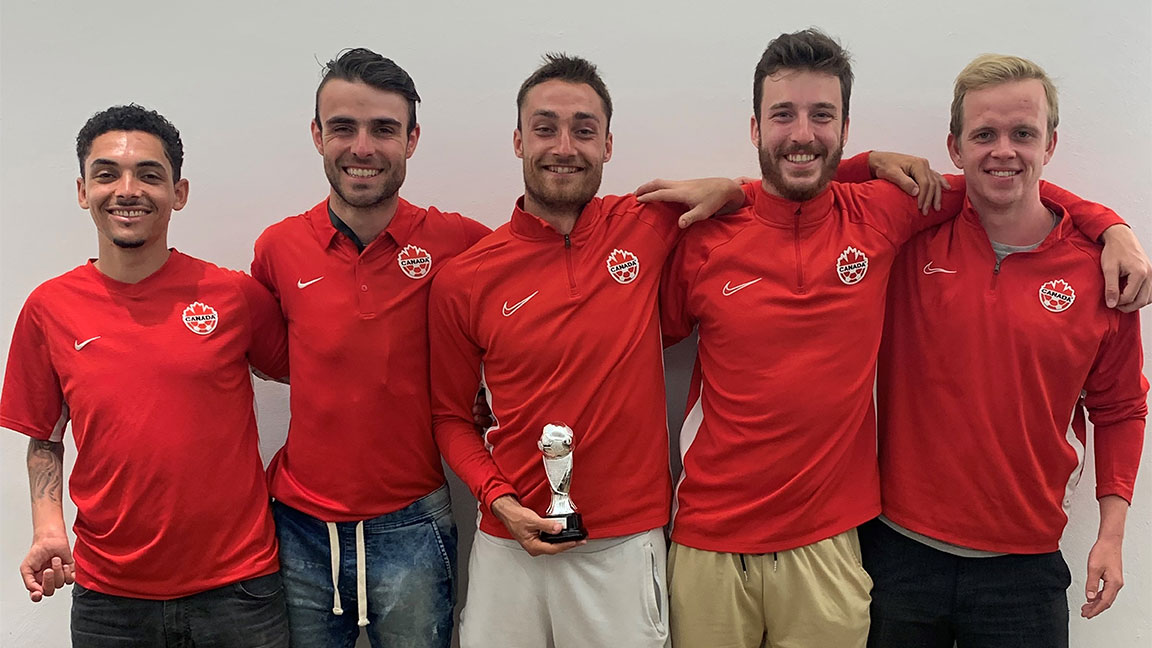 The 24-year old Charron from Ottawa, Ontario helped Canada finish ninth overall, matching their previous best record at an IFCPF World Cup. Charron led Canada with five goals and three assists in five matches. He notably scored the 1:0 winner against Netherlands in the group phase and sparked a late two-goal comeback against Australia in the playoffs.

This year marked Canada’s fourth top-10 finish in nine editions of the IFCPF Men’s World Cup since 2005. After posting a 1-1-1 record in group play, Canada beat Australia on kicks from the penalty mark and then won 1:0 over the hosts Spain to finish ninth overall in the standings.

Charron has made 56 career international appearances for Canada since his debut on 8 June 2012 at age 14. He is Canada’s all-time scoring leader with 48 goals scored.