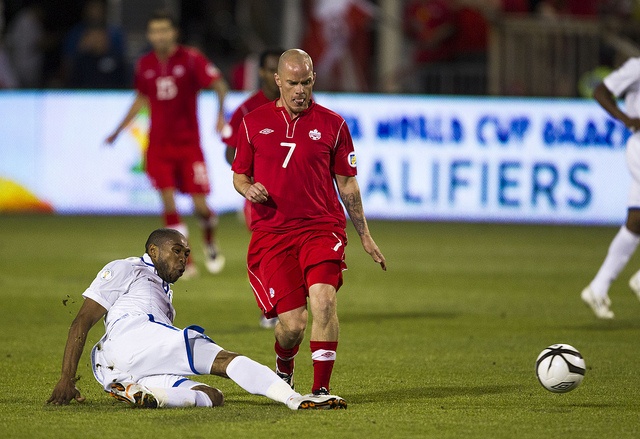 Road to Brazil ends in Honduras

Road to Brazil ends in Honduras

Canada has been eliminated from 2014 FIFA World Cup Brazil Qualifiers

Canada has been eliminated from 2014 FIFA World Cup Brazil Qualifiers after finishing third in Group C of the CONCACAF 3rd Round. Canada finished third in the group behind Honduras and Panama, with only two teams advancing from each of three different groups on 16 October 2012.

Canada accumulated 10 points in six matches, in fact the second most it has accumulated since this stage was introduced in 1992. Canada finished third in the 2012 group behind Honduras and Panama, who both finished with 11 points.

In the other CONCACAF groups, USA and Jamaica qualified from Group A while Mexico and Costa Rica qualified from Group B. From all the CONCACAF results on Tuesday 16 October, Honduras won 8:1 over Canada, Cuba drew 1:1 with Panama, USA won 3:1 over Guatemala, Jamaica won 4:1 over Antigua and Barbuda, Mexico won 2:0 over El Salvador, and Costa Rica won 7:0 over Guyana.