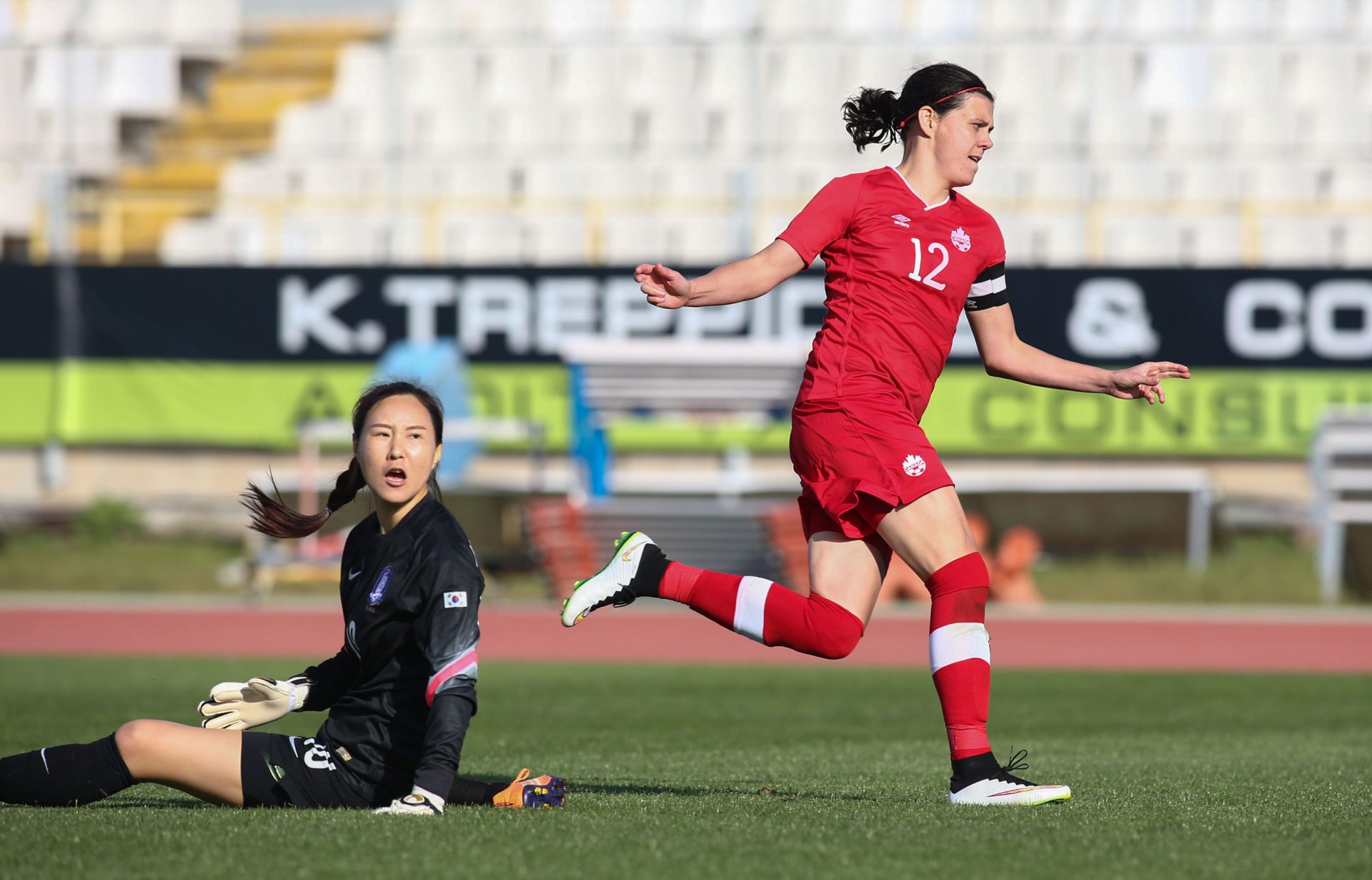 Resilience and composure were the key factors in Canada WNT’s 1:0 victory over Korea Republic.

In a match that saw the Korea Republic do everything in their power to cause chaos and disrupt the rhythm of the Canadian side, resilience and composure were the key factors in Canada’s Women’s National Team’s 1:0 victory.

Canada’s goal came in the opening minute of the second half, when Josée Bélanger drew the Korean defence out of position, leaving Christine Sinclair square in front of the opposing net with the ball at her feet. With a blistering strike, Canada’s captain drove it past the Korean keeper, putting Canada on the scoreboard.

The Canadian squad is pleased with the positive result, but is looking at the match as an important learning experience. The team raked up five cautions, including two for Jessie Fleming, ending her game in the 66th minute.

“It was just a great experience for the players,” said Head Coach John Herdman. “The Korean team certainly had a game plan to disrupt the flow and to not allow us to get into rhythm. There was a lot of technical fouls, a lot of diving, but that’s just the stuff that goes on when you play in big matches and teams are looking for ways to try and beat you.”

Canada was only down a player for three minutes before Korea Republic’s Young Ju Lee was sent off for her second infraction of the night, but the impact on Fleming was visible as she headed for the dressing room.

“It’s all experience for her. She’s devastated and it’s great seeing the emotion,” said Herdman after the match. “Jessie was unfortunately in the wrong place at the wrong time, but she learned from that. I think that’s a situation where a young player gets experience with referees (that are in a certain mindset) and you have to be just that little bit more careful.”

Sinclair’s winning goal against Korea Republic was her second of the tournament and 153rd with Canada’s Women’s National Team, now only six goal away from passing Mia Hamm in second place for all-time international goals. The win over Korea also marked a second consecutive clean sheet for keeper Erin McLeod, and brings Canada’s undefeated streak to eight.

“Korea Republic’s tactic was to press us as much as possible and kind of be chaotic,” said McLeod. “So for us it was a real challenge to find our platforms, to build different ways out of the back and to find our rhythm. I am very proud of the resilience that we showed, especially when we went down to ten men, we never let up, and I think that’s why we got the result. I am proud of the whole team and that clean sheet is for everyone.”