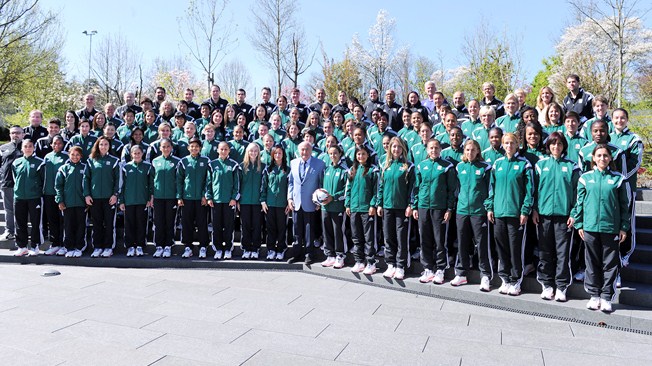 A quartet of Canadian officials amongst the referees and assistant referees preparing for Canada 2015.

Around the globe, 24 national teams are working hard on their final adjustments leading up to the FIFA Women’s World Cup Canada 2015 – the pinnacle of women’s football – which will kick off on 6 June. Meanwhile, a 25th squad that is just as fundamental for the event gathered this week at the Home of FIFA in Zurich for some intense preparation: the Referees and Assistant Referees.

Between 20 and 24 April, 29 referees and 44 assistant referees from a total 48 countries selected to work in Canada went through an extensive programme. Medical examinations, fitness tests and theoretical and practical sessions led by FIFA referee instructors were on the menu, all in the name of seeing them reach peak condition come June.

“We are definitely on the right track. We really worked hard in this seminar”, FIFA Head of Refereeing Massimo Busacca said. “Our work is based on the same philosophy as in men’s refereeing: we aim for quality, uniformity and consistency, while working on positioning and a focus on reading the game. We are convinced that with this kind of preparation – through which we also give important attention to the physical and psychological aspects of refereeing – we will try to reduce mistakes and have good performances during the FIFA Women’s World Cup.”

In addition to this, Canada 2015 will mark the first time that Goal-Line Technology (GLT) features at a major women’s football event. So, to ensure that match officials are comfortable with using this new technology as a support tool, FIFA organised training sessions specifically on GLT and the tests that referees will need to conduct prior to each match of the competition. If the results of that test are not to the referee’s satisfaction, she may opt not to use the technology – in general, a decision that must be made no later than 75 minutes before kick-off. FIFA is set to organise another GLT training session for the referees in Canada before the tournament.

“I’m very happy with the whole seminar and I’m convinced that Goal-Line Technology will be a big help for match officials in the FIFA Women’s World Cup”, Busacca said, whose team of FIFA referee instructors will continue to monitor the 73 selected referees and assistant referees from the conclusion of the seminar until they meet again in Canada.