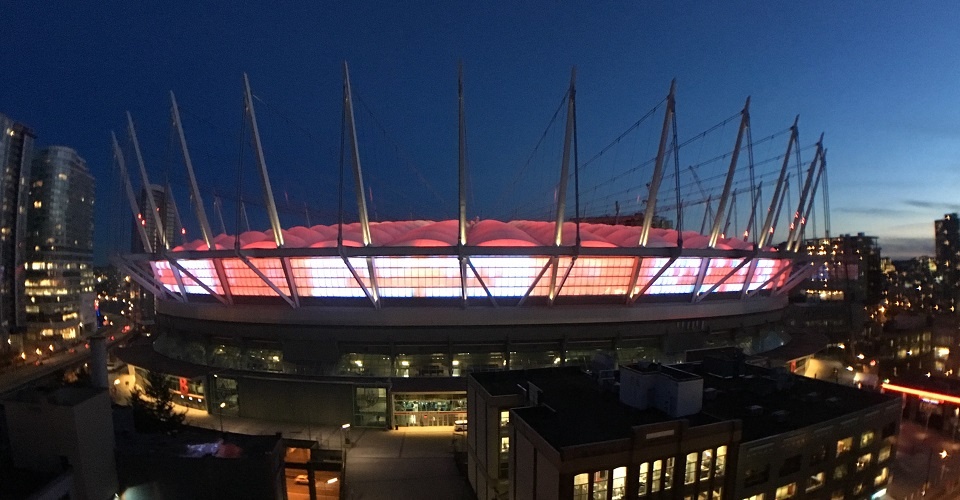 Canada Soccer’s Women’s National Team will celebrate back-to-back bronze medals at Saturday’s match against Mexico, but they will also be celebrating teammates who have helped shape women’s soccer in Canada, while ushering in a new era for the sport.
The Bronze Medal Celebration Match, which will be the first time Canada Soccer’s Women’s National Team will play at home since capturing its historic back-to-back bronze medal at the 2016 Rio Olympics, will feature members of the Olympic squad, including retiring players Rhian Wilkinson, Melissa Tancredi and Marie-Eve Nault in their final home match for Canada.
“We’re celebrating our journey in Rio. It’s our first home game since the Olympics, at BC Place, and our first game here since the FIFA Women’s World Cup Canada 2015, so there is a lot going on,” said Canada’s Captain Christine Sinclair. “It’s going to be exciting to celebrate with the fans, but at the same time three legends from our team are retiring, and yet when we look around now we have 15 and 16 year olds with us and we know the future of this team is bright. These youngsters coming through now are just the tip of the iceberg for the future of this country and a lot of the credit goes to players like Rhian, Melissa, Marie-Eve, who are leaving behind a legacy. A lot of these youngsters started playing soccer because of players like these three.”
For Head Coach John Herdman, the celebration means honouring the players who have changed the sport for the better, including those who have made their mark in both 2012 and 2016 Olympic Games, but also celebrating what is to come with a program four years into a design meant to rejuvenate the player pipeline and deliver results for Canada.
“Coming into this camp in Vancouver with the Olympic squad, we are seeing what we are going to miss,” he said. “There is a Canadian grit that these players instill in this team, a fight-right-to-the-end philosophy and you can’t replace that, but they’ve been passing the torch well and at the Olympics they set a real example for these young players. I know they will be saying a few things as they leave that shirt behind and making sure these young players carry it on the right way.”
As Canadian fans prepare to cheer on the 2016 Rio Olympic Bronze Medal Team on Saturday, they should also get ready for a competitive match.
“To play our final match at home is a real honour, and it’s a privilege to have this opportunity,” said Rhian Wilkinson. “Melissa, Marie-Eve and I are all very thankful to have it and we will be celebrating on Saturday, but we are also going to go out to win.”
“It’s going to be hard, but it’s going to be a great time,” said Melissa Tancredi. “I want to watch these girls peform in this match against Mexico, and I don’t care how many minutes I am out there, it’s just about enjoying it and saying goodbye. But we are going out with a win no matter what.”
While Canada celebrates back-to-back Bronze Medals, and veteran players say goodbye, Coach Herdman is keeping his eye on the prize and ensuring the team is ready for its next big challenge.
“Mexico will be competitive,” he said. “They are a new team with a new coach, with players fighting for positions that will come out firing. For us, at the start of a new four-year cycle headed towards France 2019 and Tokyo 2020, we are committed to moving forward and rising from fourth in the world. Coming off another Olympic Bronze, the players want to keep pushing forward, so while we celebrate and say goodbye, we are still very focused on winning football matches.”
Canada arrived to train in Vancouver earlier this week and fans have responded with brisk sales resulting in over 21,000 fans having already booked their tickets. Great seats are still available via Ticketmaster.ca. Tickets to the match start as low as $20 (plus applicable fees) and fans will once again be able to take advantage of a ‘Me+3’ offer in select sections. Groups of 10 or more are eligible for discounts of up to 30% off regular price tickets.

Fans can relive Canada Soccer Women’s National Team journey on Facebook, Twitter and Instagram as Canada Soccer releases highlights and team commentary videos each day leading up to the match.

Canada Soccer’s Bronze Medal Celebration Match will be broadcast LIVE from BC Place 4 February on TSN2 and RDS2 at 15:00 PT/ 18:00 ET.