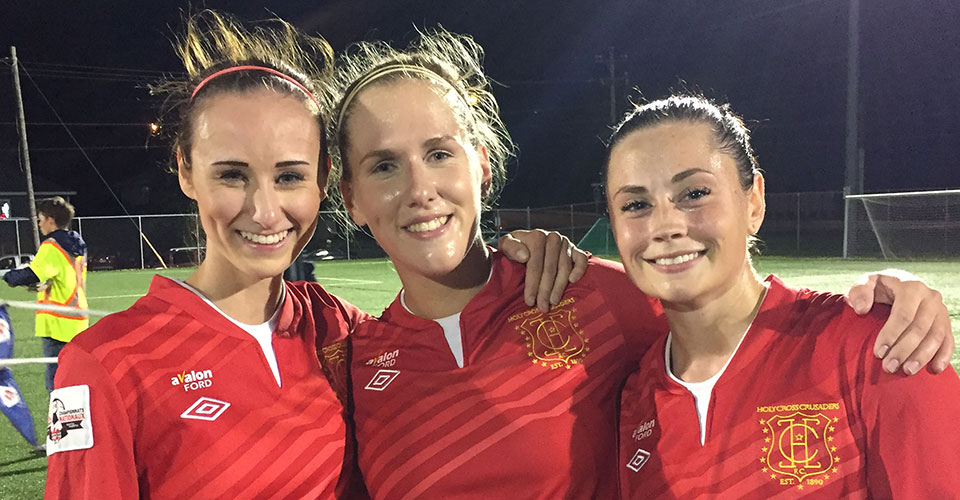 Centre back Alex Pretty and striker Jessie Noseworthy have been named Newfoundland Labrador soccer players of the year. The two Holy Cross FC players were recognised by the Newfoundland Labrador Soccer Association as part of the province’s 2017 award winners of outstanding players, coaches, and volunteers.

Pretty of St. John’s, NL won the Brian Murphy Award as the men’s player of the year. The 22-year old defender was an all-star in the provincial league as Holy Cross FC won their 19th provincial championship.

Noseworthy of St. John’s, NL won the Lauren Breen Award as the women’s player of the year. The 22-year old striker was most valuable player of both the regular season and playoffs as Holy Cross FC won the provincial title. She was also the league’s top scorer. In October, Noseworthy helped Holy Cross FC become the first Newfoundland Labrador team to win a medal at the Toyota National Championships (third place).