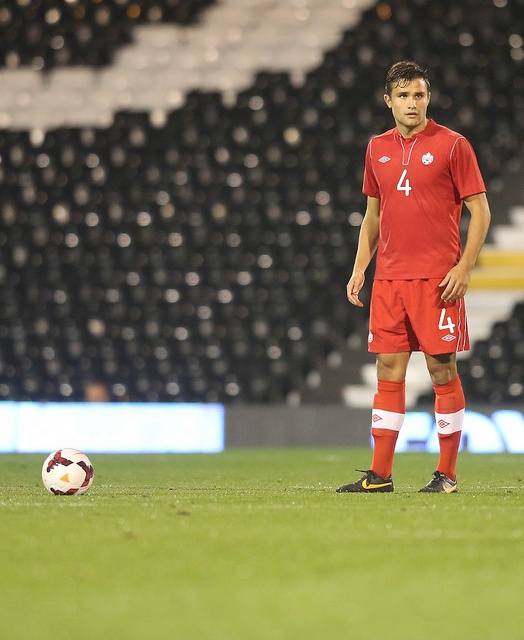 There may have just been bragging rights on the line but the members of the first camp for Canada’s Men’s National Team put in a high-tempo intra squad game on Saturday in Sunrise, Florida, USA.

There may have just been bragging rights on the line but the members of the first camp for Canada’s Men’s National Team put in a high-tempo intra squad game on Saturday in Sunrise, Florida, USA.

As opposed to two-halves, instead the teams played three-25 minute periods with most of the experienced players in camp on one side while the majority of the younger players were the opposition.

Qualifying for the 2018 FIFA World Cup Russia™ is fast approaching but for a lot of the players in Florida, the qualifying campaign for the 2016 Olympics in Rio de Janeiro will be up sooner.

“There is a lot of potential,” said 18-year-old Jérémy Gagnon-Laparé, who’s been impressive in the camp thus far and would be eligible for Olympic qualifying as it’s a U-23 tournament.

“There are a couple of guys already playing in MLS in this group so I think we’ve got a really good shot and we just have to believe it.”

Adam Straith was once the youngster in camp but this time around he’s now taking on a veteran role. Playing against the youngster’s in Saturday’s game, Straith was impressed with what he saw.

“I’ve heard about a lot of them and now to see them playing on the field it’s pretty exciting,” said Straith, who’s still just 23-years-old. “The way that they play and the way they conduct themselves, it’s good to see how the young boys are coming up.”

The team will have a lighter day on Sunday, as it will mostly be taken up with regeneration sessions. It will be well deserved after many days with two practice sessions before Saturday’s game.

They’ll be back on the field to train on Monday before taking on the Ft. Lauderdale Strikers in a closed door friendly to conclude the camp on Tuesday.