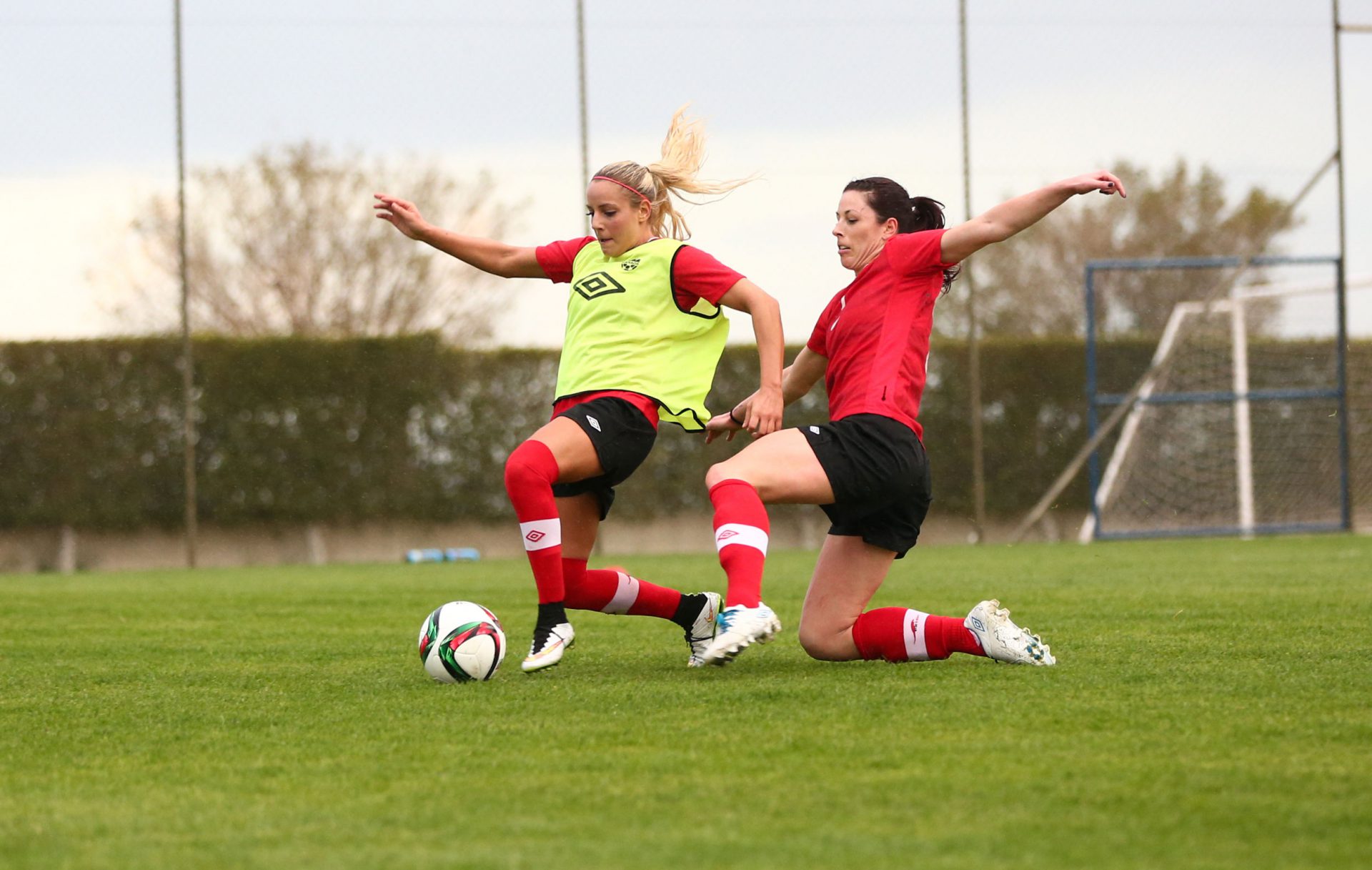 Canada showed its strength in a scrimmage against Australia on Sunday ahead of their first fixture at the 2015 Cyprus Women’s Cup. Scoring two and conceding none against the Matildas, ranked just one spot behind Canada in the FIFA World Rankings, the Canadians showed discipline – a testament to the work the team has put in over the last few months of training.
Canada came out strong, scoring in the fourth with a strike from Captain Christine Sinclair, and again in the tenth with a brilliant header from Josée Bélanger.
In the three 30-minute period format scrimmage, every player on Canada’s roster for the Cyprus Women’s Cup saw pitch time in preparation for the tournament.
“We knew today’s match would be a step up from what we’ve been playing and I think the girls responded very well,” said Head Coach John Herdman. “We scored two goals today and didn’t concede, so that’s exciting to see the whole squad playing and to get a positive result. It bodes well for us, but we’re not getting too excited to early because this was still just an unofficial match.”
The Cyprus Women’s Cup is the last international tournament for Canada before the FIFA Women’s World Cup Canada 2015™ this summer. Seen as a test of how training is progressing, Herdman was pleased with what he saw from his team.
“This group have slowly progressed and that’s what we said we were going to do,” he said. “We’ve gone six games unbeaten now as a team, we haven’t conceded too many goals, and we’re scoring – that’s the exciting thing.”
Canada faces Scotland next, in their first match of the tournament on 4 March (17.30 local / 10.30 ET / 7.30 PT). Canada Soccer will bring you live action on Twitter @CanadaSoccerEN and will have post-match reports and reactions on canadasoccer.com and Canada Soccer TV.