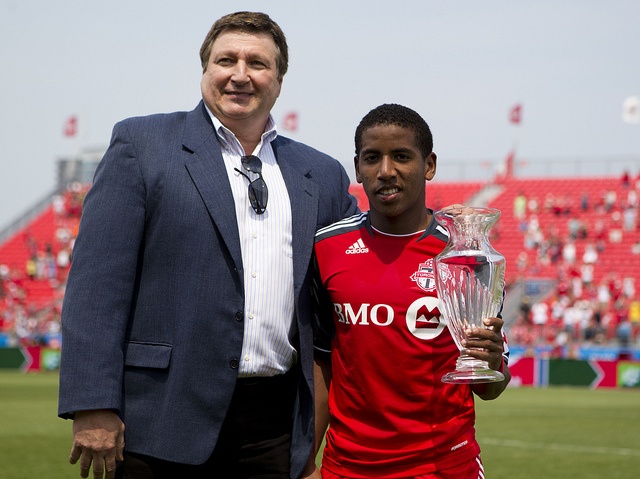 Plata scored an important goal in the second leg of the championship final, converting a penalty kick in the 51st minute to even the series on aggregate. He then assisted on the championship winner just 10 minutes later, feeding Mikael Yourassowsky for an easy tap in.

The 19-year old Plata started all four matches of the Nutrilite Canadian Championshp. Toronto FC was unbeaten in four matches this season, winning both semi-final matches against FC Edmonton before picking up a win and a draw against Vancouver Whitecaps FC.

The George Gross Memorial Trophy is awarded annually to the Nutrilite Canadian Championship’s most valuable player. In the inaugural year, Impact goalkeeper Matt Jordan won the prize as Montréal won the 2008 championship. In each of the last two years, it was Dwayne De Rosario winning MVP honours for Toronto FC.