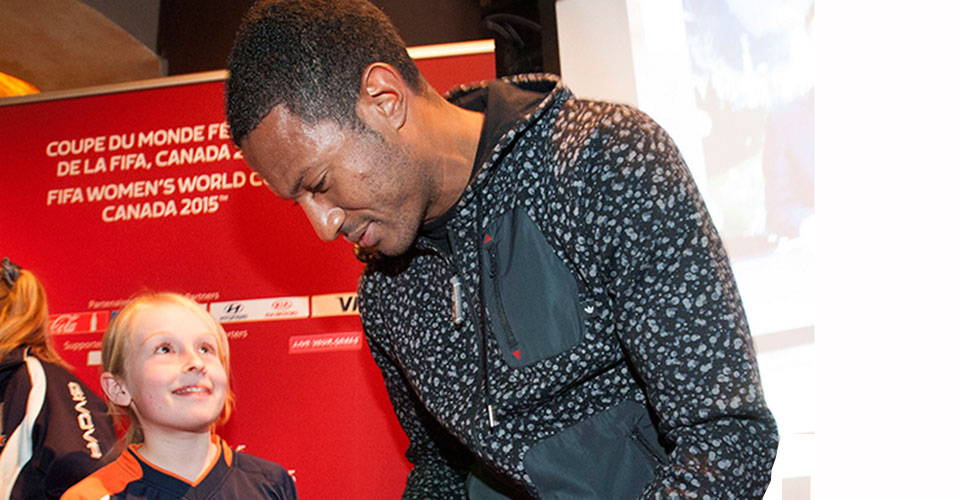 Patrice Bernier and Maxime Crépeau will play for Canada

Canada Soccer’s Men’s National Team will feature at least two Montréal-based players when they play at home on 13 June. Impact captain Patrice Bernier and goalkeeper Maxime Crépeau have been called into Canada’s camp for the home Men’s International Friendly match at Stade Saputo.

Head coach Octavio Zambrano will announce his full camp roster on Tuesday 30 May during the Canadian Championship match night in Montréal. Zambrano will have a big group of 25 or more players in camp after which he will make his final selections for the 2017 CONCACAF Gold Cup.

Montréal captain Bernier will return to Canada colours for this important match in his hometown. Bernier made 53 appearances for Canada from 2003 to 2015, with his most recent appearances in January 2015. Bernier has been an important player in the Impact lineup, so coach Zambrano has picked him as one of his veteran cornerstones for the match in June and hopefully the CONCACAF Gold Cup in July.

Bernier is a two-time Canadian Championship winner with the Impact, lifting the Voyageurs Cup in 2013 and 2014. He also helped his Montréal club reach the Grand Final of the 2014-15 CONCACAF Champions League, highlighted by the 61,004 crowd who came out to support the Impact at Stade Olympique.

Goalkeeper Maxime Crépeau, 23, is part of Canada’s bright future in goal. He has been part of the national youth program since he was 15 and his international “A” debut in 2016- a Canada performance that included winning the Allstate Good Hands Save of the Year. Ahead of the Canada camp, Crépeau will host the 2017 Allstate High Performance Soccer Clinic for players between the ages of 11-16 in Montreal on Sunday 4 June. To register for the event, click here http://allstatesoccerclinics.com/Montreal.

Tuesday, the #CanChamp Semi-Finals round kicks off! Watch the two matches on TSN! #BattleOfTheNorth pic.twitter.com/YtoWq0rI39

Following the first legs on 23 May, the return legs of the semi-final phase will be broadcast on 30 May (Montréal v Vancouver) and 31 May (Toronto v Ottawa). The championship matches will be played 20 or 21 June and 27 June.