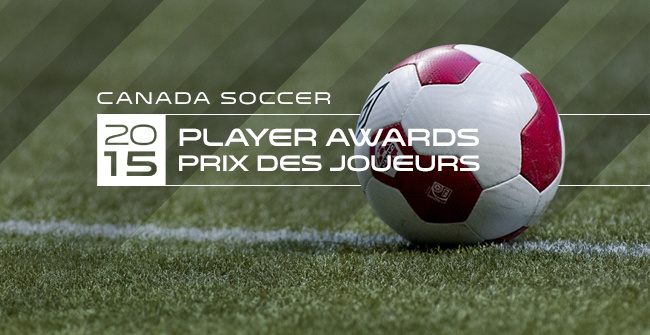 Canada Soccer has announced the list of nominees for the 2015 Canada Soccer Player Awards, with voting open today for both media and coaches

Voting for the 2015 BMO Canadian Players of the Year award is split between media and coaches from coast to coast to coast across Canada. Voting is open from Monday 30 November to Friday 11 December.

This marks the 23rd year since the Canada Soccer Player Awards were introduced in 1993. The awards recognise player performances with both the national teams and their respective club teams.

Canada Soccer, in partnership with its membership and its partners, provides leadership in the pursuit of excellence in soccer, both at the national and international levels. Canada Soccer not only strives to lead Canada to victory, but also encourages Canadians to a life-long passion for soccer. For more details on Canada Soccer, visit the official website at canadasoccer.com

BMO Canadian Players of the Year

Voting by Canadian media and coaches, selecting first choice, second choice, and third choice. The award celebrates Canada Soccer’s top footballers in recognition of their 2015 achievements with both the National Team and their respective club teams. Winners to be announced on 17 and 18 December.

Canadian U-17 Players of the Year