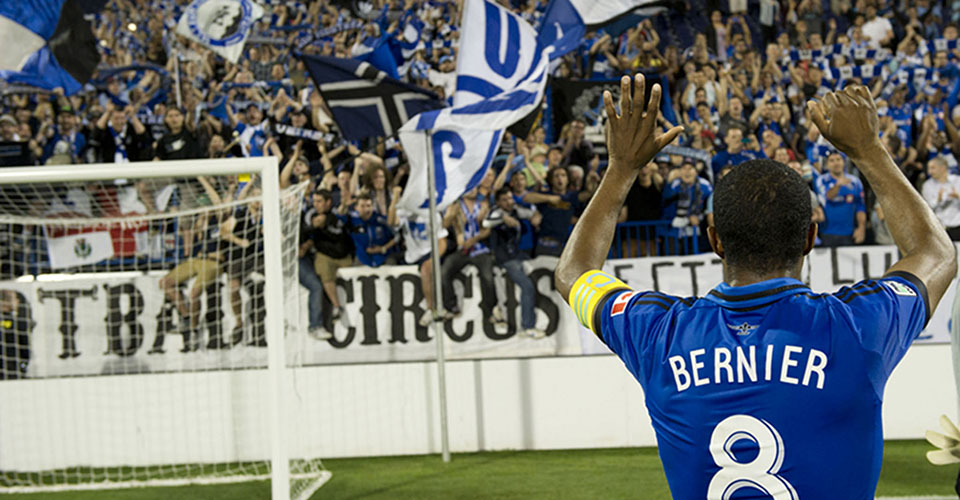 Montréal have advanced to the final round of the Canadian Championship for the fourth time in five seasons. Impact Montréal FC won their two-leg 2017 semi-final series 5-4, reversing last week’s 1:2 away loss with a home 4:2 win at Stade Saputo on 30 May.

The three-time Canadian champions will face the winner of the Toronto-Ottawa semi-final series which concludes on 31 May at BMO Field in Toronto. Montréal were recently champions in 2013 and 2014, then runners up in 2015. All matches in the 2017 semi-finals as well as the final round are broadcast live on TSN, the official broadcaster for the 2017 Canadian Championship.

Inside the first 20 minutes, Canadian Anthony Jackson-Hamel was fed a cutting pass into the box and, as he made his move past goalkeeper Spencer Richey, was taken down. On the ensuing penalty kick, Ignacio Piatti made no mistake to equalise the series 2-2.

Less than 10 minutes later, Piatti was taken down in the box after a smart, short free kick by Laurent Ciman. From the ensuing penalty, Piatti scored again, thus giving his side a 3-2 lead in the series.

Another 10 minutes later, Montréal added to their lead with the goal by Swiss debutant Blerim Džemaili. From the play down the left wing between Piatti and Ambroise Oyongo, a pinball sequence off a pair of Vancouver defenders moved the ball into the fortunate path of Džemaili’s right foot from inside the box.

Vancouver got one back shortly before the hour mark on a goal by substitute Alphonso Davies, but the Canadian duo of Patrice Bernier and Jackson-Hamel quickly restored the Montréal lead just two minutes later. Marco Donadel fed Bernier into the box who chipped his cross off the head of Tim Parker and into the path of Jackson-Hamel. From his chest, Jackson-Hamel quickly volleyed his shot into the back of the net for the 5-2 Montréal series lead.

Vancouver drew one more back in the 77th minute, but it was not enough. On the Cristian Techera cross, centre forward Kyle Greig headed the ball past an outstretched Crépeau from inside the box.

In all, the two sides dressed 12 Canadians. Home side Montréal started Maxime Crépeau, Patrice Bernier, and Anthony Jackson-Hamel while David Choinière dressed but did not feature. Visitors Vancouver started Marcel de Jong, Russell Teibert, and Ben McKendry before inserting Alphonso Davies and Marco Bustos in the second half. Sean Melvin, David Norman, and Gloire Amanda dressed but did not feature.