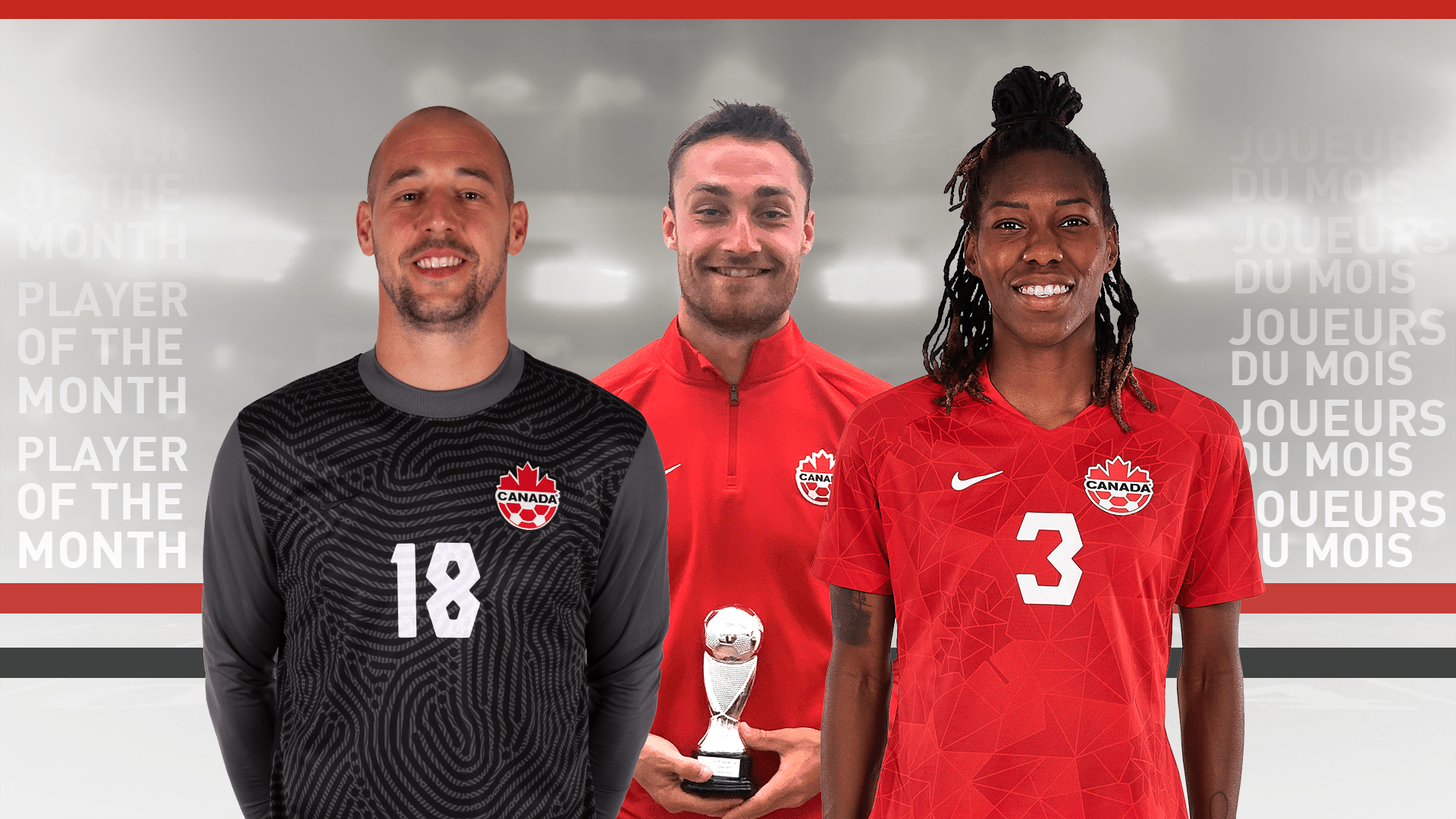 Milan Borjan, Kadeisha Buchanan and Samuel Charron were named Canada Soccer’s Players of the Month for May 2022. Both Borjan and Buchanan won a pair of trophies in Europe while Charron won his second MVP award at an IFCFP World Cup.

Goalkeeper Borjan from Hamilton, Ontario helped Red Star Belgrade (Crvena zvezda) clinch a fifth Serbian league title in a row as he smashed home an added-time penalty in the season finale on 22 May. It was Borjan’s eighth league title in a row in Europe after three titles in Bulgaria and now five in Serbia. Just four days later, Borjan helped Red Star win their second Serbian Cup in a row, again beating FK Partizan, this time 2:1 at Rajko Milic Stadium in Belgrade.

Centre back Buchanan from Brampton, Ontario won her fifth UEFA Women’s Champions League title in six years with Olympique Lyonnais after a 3:1 victory over FC Barcelona. Still only 26 years old, Buchanan is the most decorated Canadian in the history of the competition having won the European title in 2017, 2018, 2019, 2020 and 2022. Buchanan also helped Lyon win the Championnat de France for her fifth time since joining the club in January 2017. Lyon secured their spot at the top of the table with a 1:0 win over Paris Saint-Germain on Sunday 29 May 2022.

Captain Charron from Ottawa, Ontario helped Canada finish ninth overall at the IFCPF Men’s World Cup, matching the Para Soccer National Team’s previous best record from 2009. Charron led Canada with five goals and three assists in five matches. He notably scored the 1:0 winner against Netherlands in the group phase and sparked a late two-goal comeback against Australia in the playoffs. He was named Most Valuable Player of tournament for the second time in a row (2019 and 2022).

Coming up in the month of June, Canada Soccer’s Men’s National Team will host Panama on Sunday 5 June at BC Place in Vancouver as part of their preparations for the FIFA World Cup Qatar 2022™. As part of 2022-23 Concacaf Nations League, Canada will face Curaçao on Thursday 9 June at BC Place and then will face Honduras at Estadio Olimpico in San Pedro Sula on Monday 13 June.

Later in June, Canada Soccer’s Women’s National Team will face Korea Republic in a Women’s International Friendly match on Sunday 26 June match at BMO Field in Toronto, Ontario. Canada will then head to the Concacaf W Championship which doubles as both the qualification route for the FIFA Women’s World Cup Australia & New Zealand 2023 as well as the Paris 2024 Olympic Games.