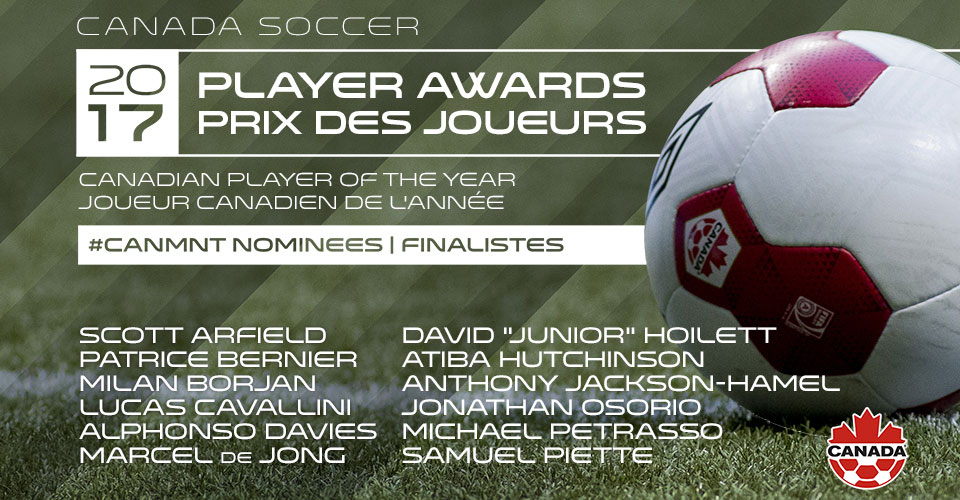 Canada Soccer announced the list of nominees for the 2017 Canada Soccer Player Awards, with voting open for both media and coaches from 28 November through 7 December. The list of 12 nominees from Canada Soccer’s Men’s National Team features several familiar names as well as first-time nominees Lucas Cavallini, Alphonso Davies, and Anthony Jackson-Hamel.