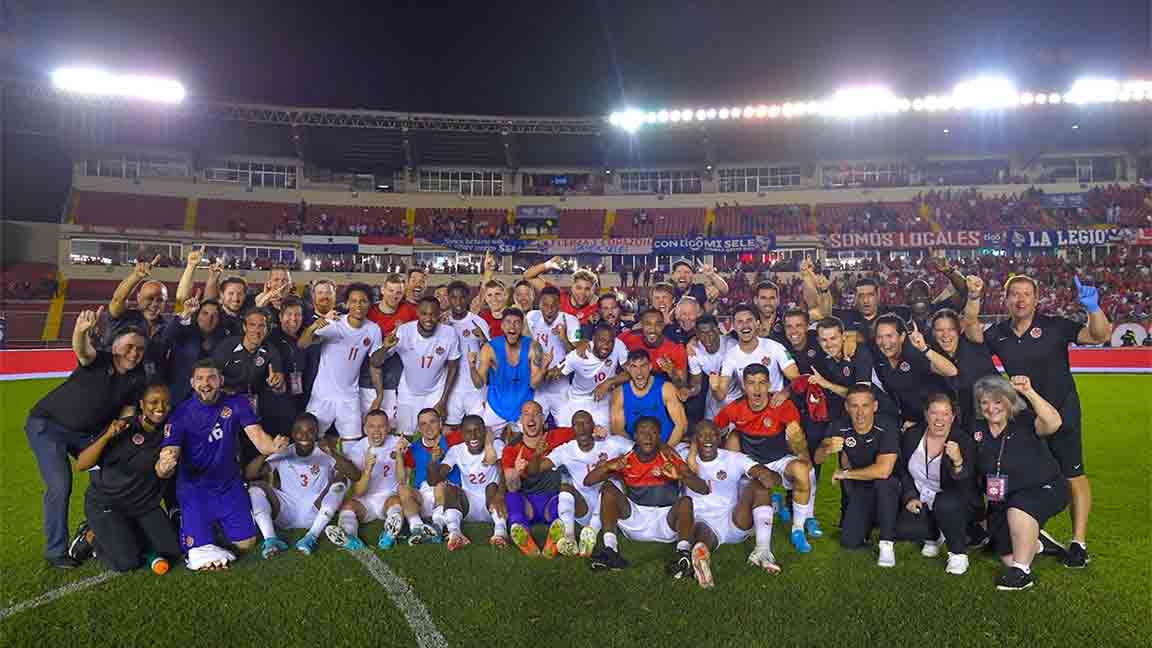 Canada are the Kings of Concacaf.

Canada Soccer’s Men’s National Team finished top of the table in the Concacaf Final Round of FIFA World Cup Qualifiers with 28 points and a +16 goals difference across 14 matches. The first Concacaf nation to qualify for the 2022 FIFA World Cup, Canada posted eight wins, four draws and two losses while leading the region in both goals scored (23) and fewest goals conceded (seven).

It marked the first time since Mexico 1986 that Canada Soccer’s Men’s National Team qualified for the FIFA World Cup. It also marked the third time that Canada won a Concacaf title (1985, 2000, 2022).

Over the course of 20 matches, Canada Soccer’s Men’s National Team established numerous milestones and records, both for Canada and the confederation. Of note, Canada set a Concacaf record with 17 matches undefeated in a FIFA World Cup Qualifiers campaign (March 2021 through February 2022).

At home, Canada were undefeated in seven matches with six wins and one draw, all in the Concacaf Final Round from September to March in Toronto, Edmonton and Hamilton. In Toronto, Canada extended their Men’s National Team unbeaten streak at BMO Field to 20 matches since 2011.