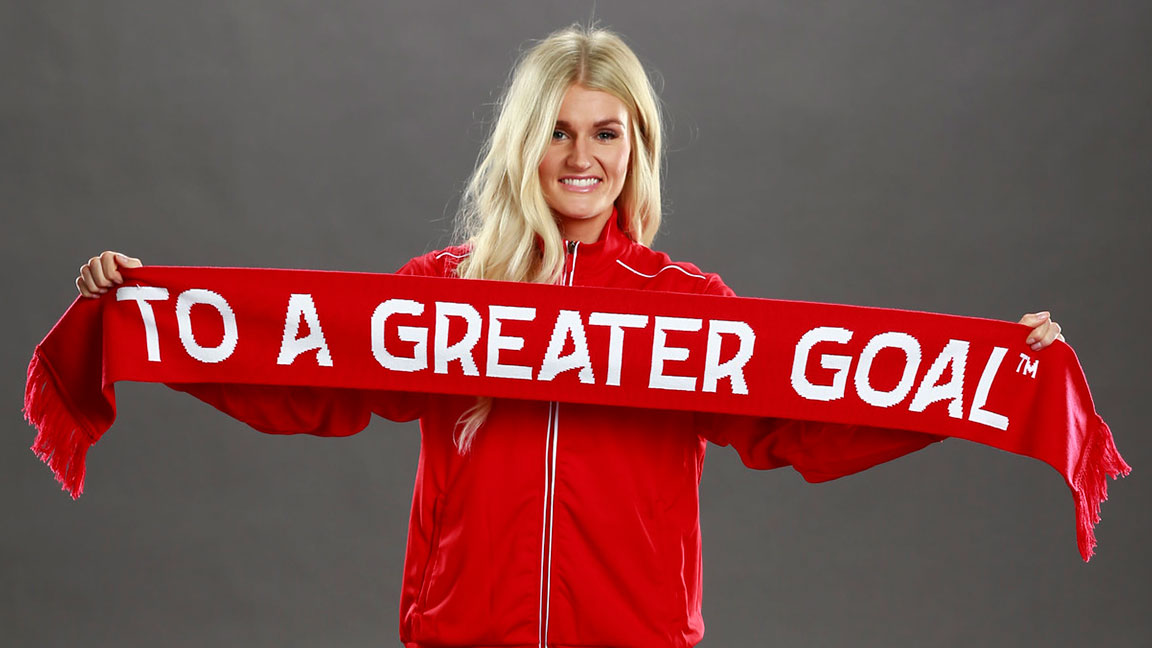 Kaylyn Kyle honoured by the Saskatchewan Sports Hall of Fame

Kaylyn Kyle honoured by the Saskatchewan Sports Hall of Fame

Kaylyn Kyle has been inducted to the Saskatchewan Sports Hall of Fame as an honoured member after a standout career as a professional and international player with Canada Soccer’s Women’s National Team. A Concacaf champion and Olympic Games bronze medal winner, Kyle represented Canada at two FIFA Women’s World Cups.

Kyle was a three-time Saskatchewan Soccer Senior Female Player of the Year and one-time Sask Sport Athlete of the Year. She played her club football in Canada, Sweden and USA including the first four seasons of the National Women’s Soccer League. With Canada, she made 101 international “A” appearances across eight years from 2008 to 2015, including a streak of 62 consecutive matches which at the time was the second longest streak in program history.

Kyle helped Canada win the Concacaf Women’s Championship in 2010 and an Olympic Games bronze medal in 2012. Canada’s London 2012 was honoured as The Canadian Press Team of the Year in 2012 and was honoured by the Canadian Olympic Hall of Fame in 2019.

Said Kyle in 2017 after her retirement, “to be able to pull on your jersey with a Canadian crest is one of the most amazing feelings in the world.”

The Hall of Fame was established to honour outstanding Saskatchewan athletes, championship teams and sport builders as well as preserving the history of Saskatchewan sport.