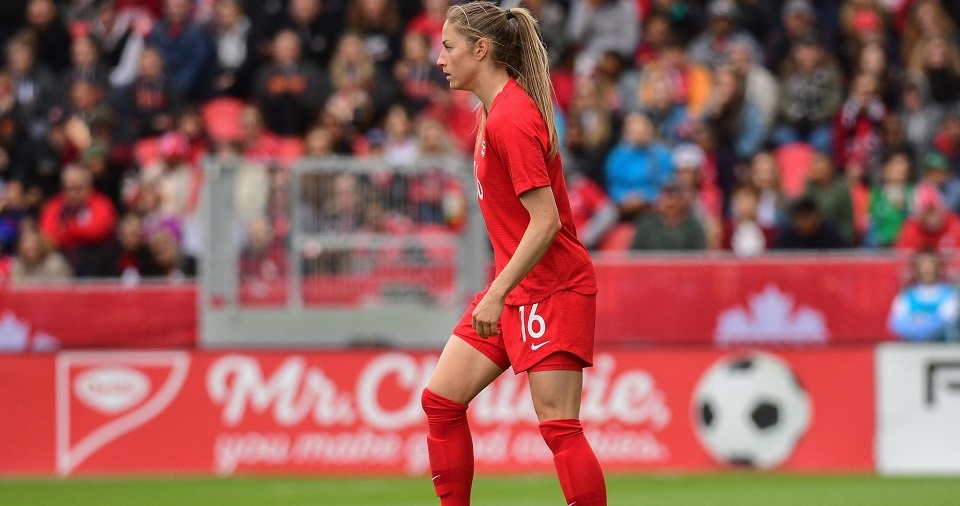 Beckie helped seal the 3:1 victory over Everton at Wembley Stadium.

Janine Beckie became the first Canadian player to score in the Women’s FA Cup when Manchester City FC won their second consecutive domestic Cup title on 1 November 2020. Beckie, who entered the match as a late substitute in extra time, helped seal the 3:1 victory over Everton at Wembley Stadium.

Beckie became the second Canadian player to feature in a Women’s FA Cup Final when she entered the match in the 119th minute. Beckie, who joined Manchester City FC in August 2018, was also part of the club’s 2019 FA Cup victory, but did not feature in last year’s final. Before Beckie, Desiree Scott featured in the 2015 FA Women’s Cup Final for runners up Notts County.

On the Beckie goal, Georgia Stanway provided the assist as Beckie made her way into the box. Beckie then fired her low, right-footed shot past the goalkeeper Sandy MacIver. Stanway had previously scored the game winner in the 110th minute while Samantha Mewis scored Manchester City’s opening goal in the 40th minute. Everton’s Valérie Gauvin scored the 1-1 equalizer in the 60th minute.