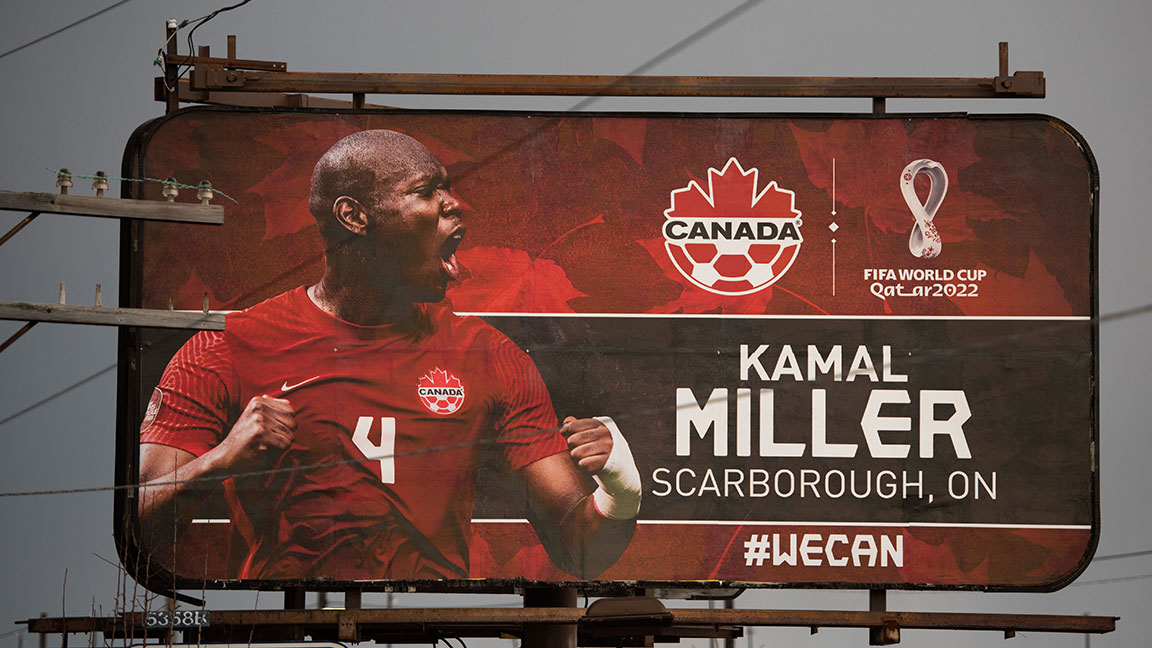 Hometown heroes featured on community billboards across the nation

Canada Soccer’s FIFA World Cup heroes will be featured on community billboards across the nation as part of a 2022-23 WeCAN promotion to help inspire Canadians from coast to coast. The first 26 outdoor billboards will celebrate the 26 Men’s National Team players in their home communities during the FIFA World Cup Qatar 2022.

The Canada Soccer billboards recognise and celebrate the incredible support each community has provided in developing Canada’s heroes into the athletes they are today.

Built around Canada Soccer’s unifying message of WeCAN, the outdoor billboards launched on Sunday 13 November with the announcement of Canada’s official squad for the FIFA World Cup Qatar 2022. This year’s 26 billboards were placed in communities in British Columbia, Alberta, Ontario and Québec.

Next summer, new billboards will be placed in the home communities of the players selected to Canada’s official squad for the FIFA Women’s World Cup Australia and New Zealand 2023.

To support and inspire Canada Soccer’s Men’s National Team, the #WeCAN campaign encourages Canadians to post a video featuring the words ‘We Can’ along with at least one reason why they believe in Canada’s quest at Qatar 2022. At the same time, fans are encouraged to follow Canada Soccer’s digital channels on Facebook, Instagram, TikTok, Twitter, and YouTube to find extended coverage featuring the hashtag #CANMNT.