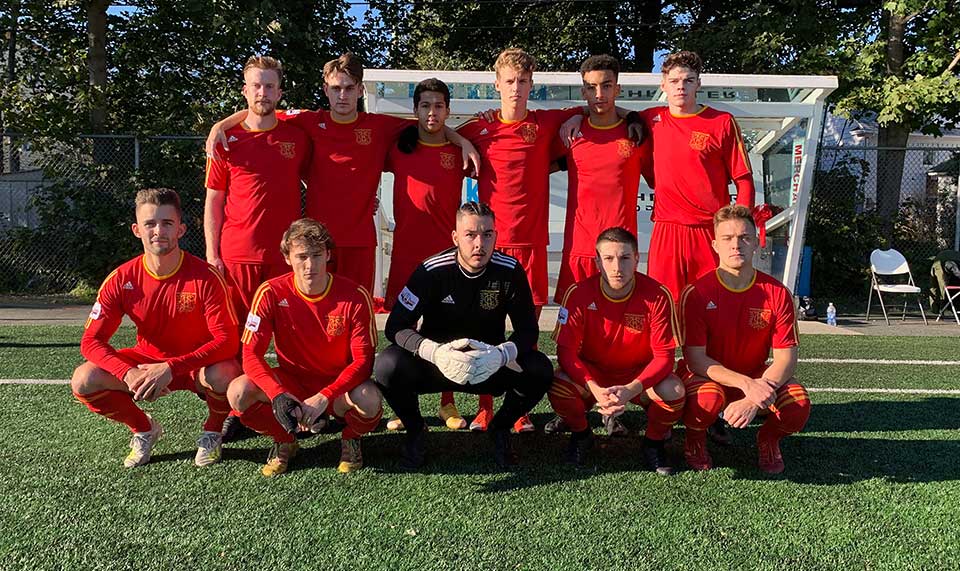 Holy Cross FC men won the Newfoundland & Labrador playoff championship for the 22nd time in their club history on Monday 12 October. Holy Cross won the 2020 provincial title after a 2:1 victory over Feildians AA in the men’s final at King George V Park in St. John’s.

After a scoreless first half, Jacob Grant scored twice for Holy Cross FC before Bobby Gamba scored late for Feildians. Grant won the Gerard Quirke Memorial Award as most valuable player of the playoffs.

Both Holy Cross FC men’s and women’s teams won their 2020 provincial finals on the same day. In both finals, Holy Cross FC defeated Feildians AA, with both teams based in St. John’s.

“We were rolling along this season, but Feildians played us well and beat us late in the season, so we had to refocus,” said coach Noel Jake Stanford. “We lost again to them on Friday in the playoffs, but we rebounded in the semi-finals ahead of the championship match.”

Across the shortened Newfoundland Labrador 2020 season, Holy Cross FC finished first in the standings with 13 wins, two draws and one loss across 16 matches. In the playoffs, Holy Cross FC lost the playoff opener (3:1 against Feildians), won their semi-final one day later (1:0 over Strikers), and then won the championship final (2:1 over Feildians).