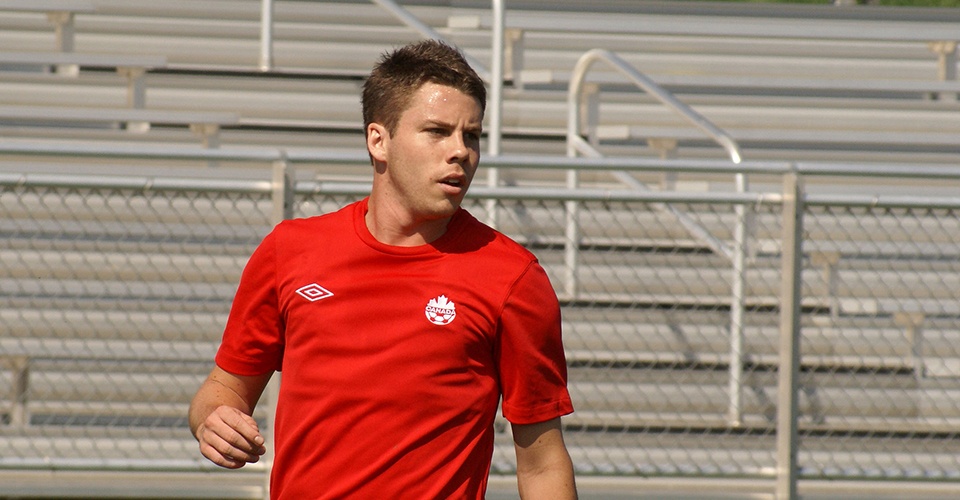 Haworth, Leutwiler get their first call for Canada

Haworth, Leutwiler get their first call for Canada

There will be two new faces with Canada Soccer’s Men’s National Team when camp opens on Monday. The debutants are goalkeeper Jayson Leutwiler of Shrewsbury Town and forward Carl Haworth of Ottawa Fury FC.

The duo will be in camp as Canada prepares for a Friday 11 November Men’s International Match against Korea Republic. The match takes place at the Cheonan Baekseok Stadium, one of the host stadiums for next year’s FIFA U-20 World Cup Korea Republic 2017.

Haworth has featured with Ottawa Fury FC these past three seasons, including eight matches in the Canadian Championship. He was the team’s 2016 Player of the Year and Top Scorer. He previously played in Canada’s youth program and featured at the 2012 CONCACAF Men’s Olympic Qualifying Tournament.

“It’s a huge honour to be called up to the National Team,” said Haworth who is coming off a career year in Ottawa. “It has always been a goal of mine and I’m really excited that it’s become a reality. I would like to thank everyone at Ottawa Fury FC for helping me get to this point in my career.”

Leutwiler has played professional football in Switzerland and England and just recently received approval for transfer of associations from Switzerland to Canada. After joining Shrewsbury Town in 2014-15, he helped the team earn promotion to League One.

“I’m very happy, very proud, said Leutwiler. “It’s going to be an amazing experience and I’m really going to try my best there and just enjoy the moment.”

In 2016, Canada has featured 46 different players on the Men’s National Team. Along with Haworth and Leutwiler who earned their first ever call ups in November, midfielder Charlie Trafford received his first 2016 call up for the camp in Korea Republic. Trafford of MKS Korona Kielce in Poland made his Canadian debut in 2015.

Canada Soccer continues to commit to play on as many international windows as possible, with this the fourth consecutive year that the Men’s National Team have taken advantage of the November window. Over the last two years, Canada have posted a record of nine wins, seven draws, and seven losses in 23 international matches against all opponents.