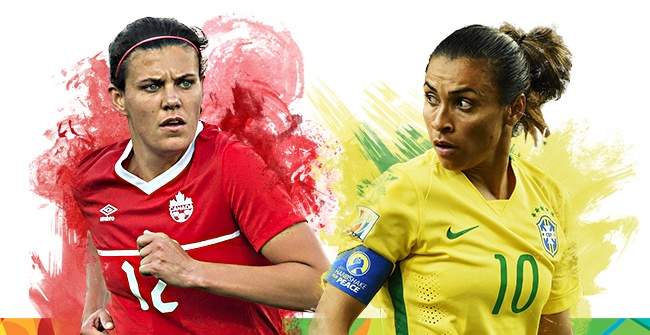 Canada Soccer’s Road to Rio series in Toronto and Ottawa

Early group support for tickets to the much anticipated Canada Soccer’s Road to Rio series taking place in June in Toronto and Ottawa has kicked off a strong first week of sales.

Canada’s Women’s National Team will take on Olympic hosts Brazil in a two game series as both team prepare for this summer’s Rio 2016 Olympic Games. The first match will take place Saturday, June 4th at BMO Field in Toronto and second on Tuesday, June 7th at TD Place in Ottawa.

Discounts of up to 30% are available for groups of 10+. Group ticket requests are now being accepted and are processed on a first come, first served basis. To submit a group order, simple complete the group order form indicating the price point and quantity of tickets via the group order form at www.canadasoccer.com/tickets.

Designated Canadian Supporter sections are located in the South stand at BMO Field and Section W at TD Place. Fans wishing to sit in these sections are encouraged to visit to the Voyageurs supporter group website to learn more.

Fans can purchase tickets through Ticketmaster, by phone 1.855.985.5000, or in person from Ticketmaster retail outlets.