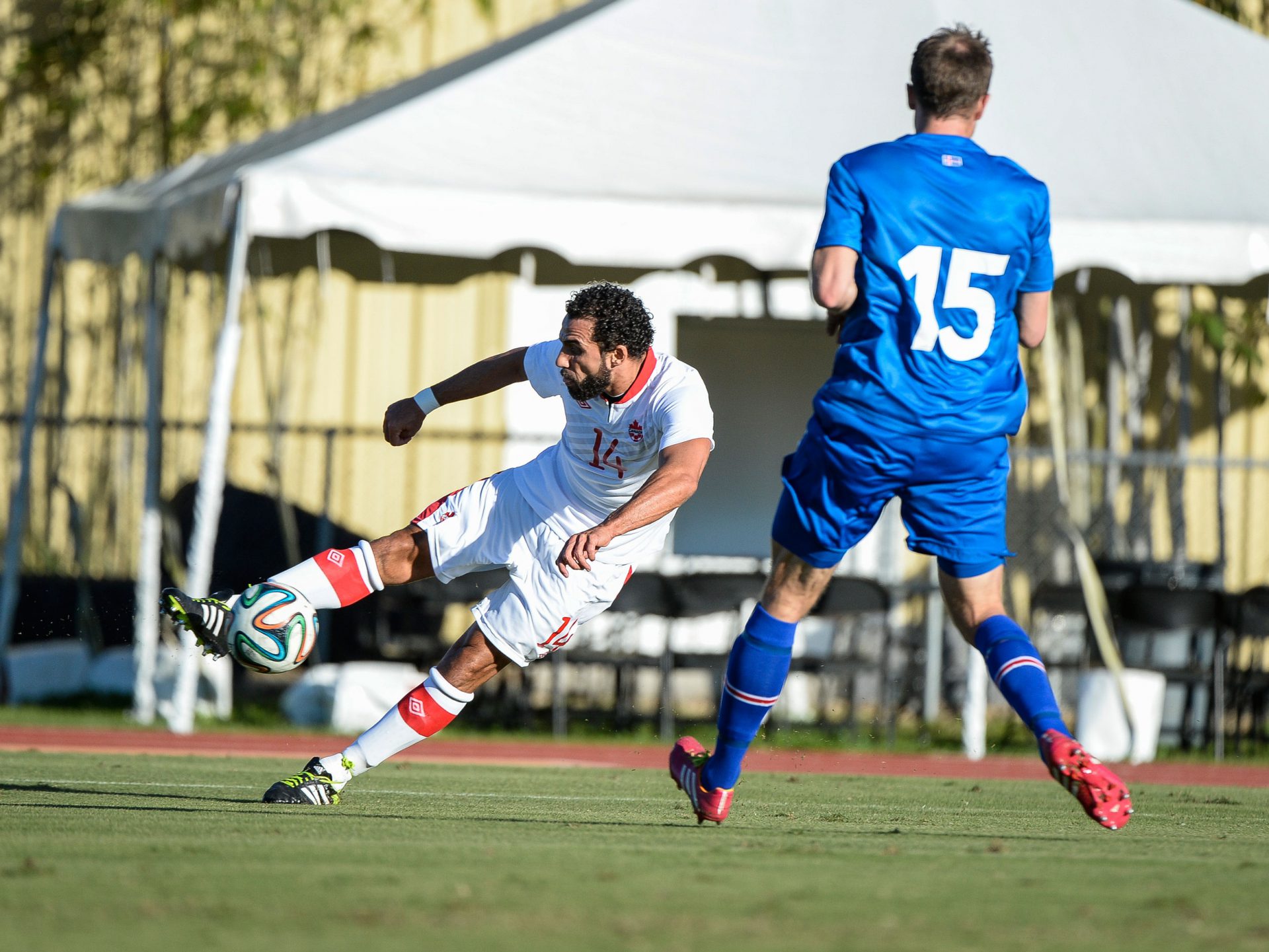 Canada MNT offered a good performance to the couple hundred fans that came to the University of Central Florida sports complex on Monday, despite the 1:1 final result against Iceland.

Canada’s Men’s National Team offered a good performance to the couple hundred fans that came to the University of Central Florida sports complex on Monday, despite the 1:1 final result against Iceland.

After having been punished in Friday’s match with what Head Coach Benito Floro called an “unfair” final score of 1:2, Canada stumbling on two occasions costing them an otherwise balanced match, the squad came back more organized and determined to pressure for Monday’s face-off.

Limiting errors in their zone, the Canadians established the pace most of the match, attacking regularly and maintaining possession for long stretches of time.

“Last Friday we played well but the score was unfair,” said Floro. “Today we played with a good intensity, speaking about the pressing, everywhere on the pitch, but the opponent played as well as we did. We are happy with our players because we consider that in both matches we offered more combined attack even if Iceland is a good tactical and physical team.”

Canada took the lead after Karl W. Ouimette made a decisive run on the left, entering menacingly the box, and drawing the foul to earn his side a penalty kick, which was calmly converted by Dwayne De Rosario.

Iceland came back from behind in a similar fashion after James attempted to save a breakaway from Vilhjalmsson that awarded Iceland a shot from the spot, which Friojonsson converted.

While both teams continued to push hard to create the winning chance well into stoppage time, the score would remain at 1:1.

“If we think that the two games are divided in four halves, we can say that Iceland won two halves and Canada won two,” added Floro.

Of note, now with 81 international appearances for Canada under his belt, Dwayne De Rosario is only three behind former international and current record holder Paul Stalteri who represented Canada in 84 matches during his career.

“I consider DeRo an excellent player, excellent means he fights a lot, he has good skills, he has a very good tactical knowledge, and he can play on the wing or as a forward,” said Floro of the veteran. “For me he’s one of the best players.”

Floro’s men’s continue their preparation for a busy summer ahead with 2015 CONCACAF Gold Cup this July and 2018 FIFA World Cup Russia Qualifiers beginning in June. Canada recently found out that their opponent for this Second Round of CONCACAF FIFA World Cup qualifying would be the winner of a match between British Virgin Islands and Dominica.