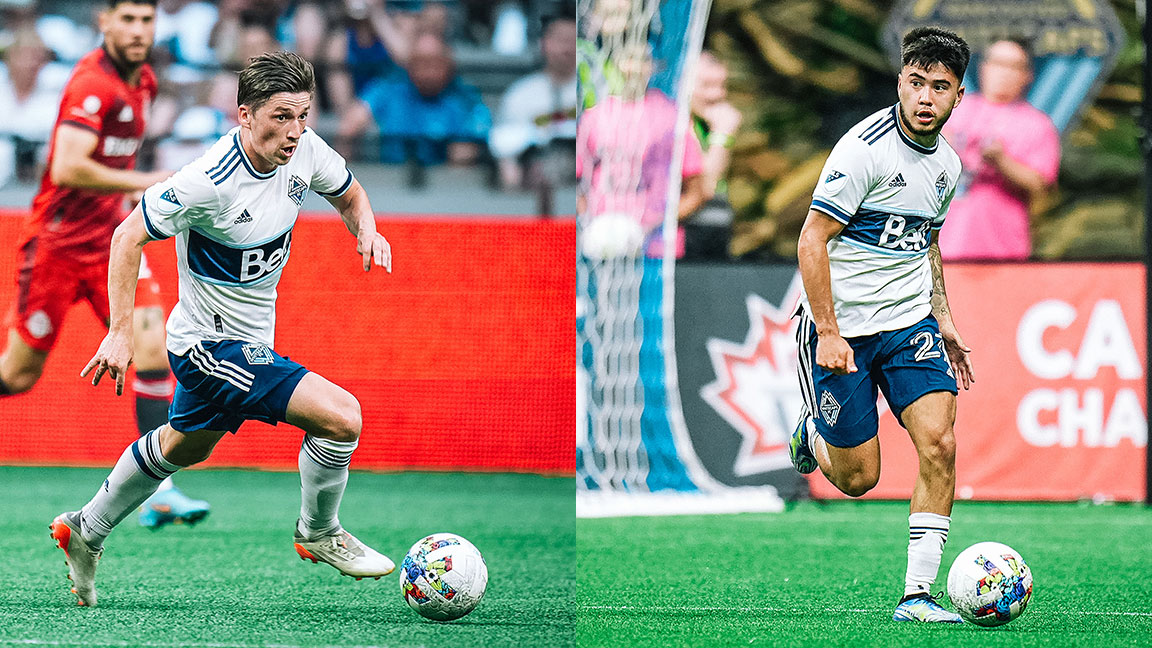 Midfielder Ryan Gauld of Vancouver Whitecaps FC won the George Gross Memorial Trophy while teammate Ryan Raposo picked up the Toyota Best Young Canadian Player Award at the 2022 Canadian Championship. Gauld was named the tournament’s Most Valuable Player after leading Whitecaps FC to their first national title since 2015 while Raposo was selected as the best Canadian player aged 23 years or younger.

Gauld and Raposo helped Whitecaps FC win the 2022 Canadian Championship after a 5-3 win on kicks from the penalty mark over Toronto FC in the Final on Tuesday 26 July. The two sides had played to a 1:1 draw through 90 minutes before the Championship was decided on kicks. In the Final, Gauld set up the opening goal by Brian White and he also converted the first kick en route to the 5-3 win.

Across four rounds, Gauld recorded two assists and was in fact part of the offensive build up on five the Whitecaps’ six goals. Whitecaps won their first match 2:0 over Winnipeg Valour FC, drew away against Cavalry FC in Calgary before winning 5-3 on kicks in the Quarter-Finals, won again at home in the Semi-Finals win a 2:1 win over York United FC, and then outlasted Toronto FC in the Final.

Like Gauld, Raposo was a starter in all four rounds of the 2022 Canadian Championship and he scored the 2-0 goal in the opening match against Valour FC. Raposo was also part of the offensive build up on Vancouver’s first goal of the competition against Valour FC (scored by Russell Teibert) as well as their last goal in the Final against Toronto FC (scored by Brian White).