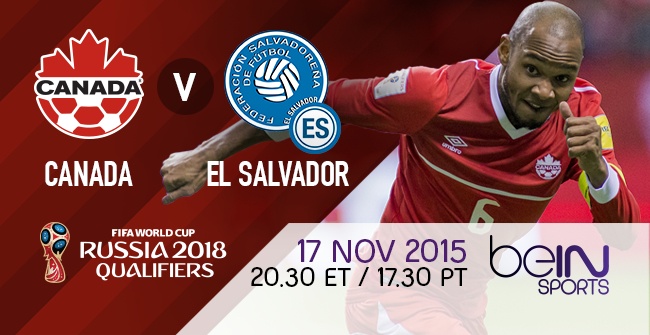 Some answers to frequently asked questions about television rights

Canada Soccer recognizes that there are questions as to why not all away 2018 FIFA World Cup Russia Qualifiers™ matches are being broadcast on TSN, Canada Soccer’s broadcast partner.

Below are some answers to frequently asked questions about how worldwide television rights are handled for away 2018 FIFA World Cup Russia Qualifiers™ matches and why the Canada v El Salvador match to be played on 17 November 2015 is not being televised by Canada Soccer’s broadcast partner, TSN.

Often complicated, the broadcast rights process is one that Canada Soccer initiates from the onset of the schedule being confirmed. We work closely with the host federations and our broadcast partner to explore any and all avenues to televise all Canada away matches for the 2018 FIFA World Cup Russia Qualifiers™.

For any further questions, please email us at media@canadasoccer.com.

I’m not going to purchase beIN Sports. How do I get game-day updates?
Fans can also follow the match on Twitter @canadasoccer.