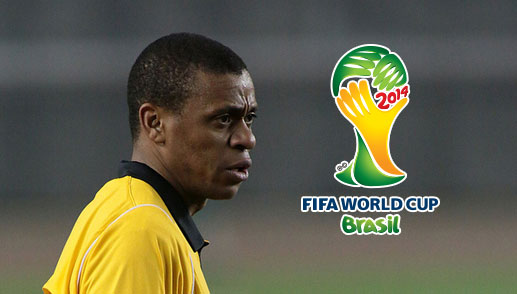 Joe Fletcher, a 37-year-old chartered accountant from Ontario, is part of a refereeing trio that has been selected by FIFA to officiate at Brazil 2014.

For the fourth tournament in a row a Canadian will officiate at the FIFA World Cup.

Joe Fletcher, a 37-year-old chartered accountant from Ontario, is part of a refereeing trio that has been selected by FIFA to officiate at Brazil 2014.

Fletcher, who received his FIFA badge in 2007, has been an international referee for over seven years. In 2012 Canada Soccer recognized his performance at the national and international level by awarding him the Ray Morgan Award. In addition to the FIFA Club World Cup 2013 Morocco, Fletcher has also overseen matches at the 2012 London Olympics, FIFA U-20 World Cup Columbia 2011 and at the 2008 CONCACAF Champions Cup Final.

In Brazil, Fletcher will be working alongside referee Mark Geiger (USA) and assistant referee Sean Hurd (USA). The trio is one of 25 crews that have been selected by FIFA to operate at the World Cup.

CONCACAF will also be represented by a Salvadorian and Mexican trio, while Europe will provide nine teams, South America five, Asia four, Africa three and Oceania one.

The last Canadian official to work at a FIFA World Cup was assistant referee Héctor Vergara who participated in the 2002, 2006 and 2010 tournaments.

“Canada Soccer congratulates Joe on his appointment” says Head of Refereeing Tiger Liu. “He is a role-model for others to follow and we wish him continued success and look forward to cheering him on as he steps onto soccer’s largest stage.”