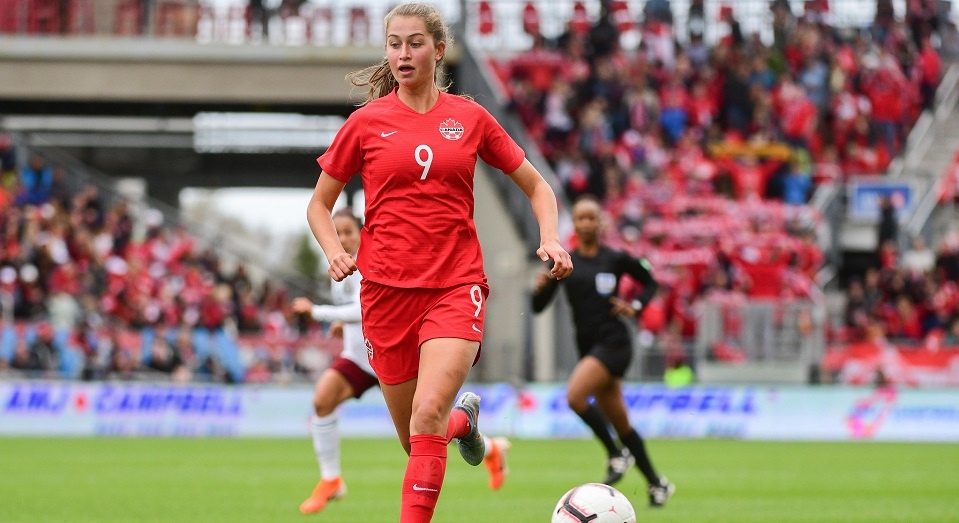 The Round of 16 draw will take place on 16 February 2021 with matches to be played in March.

Kadeisha Buchanan, Ashley Lawrence, Jordyn Huitema, Janine Beckie, and Jessie Fleming will be playing in the 2020-21 UEFA Women’s Champions League Round of 16 after having qualified through the Round of 32. All five members of Canada Soccer’s Women’s National Team have won both legs of the Round of 32: Buchanan with four-time defending champions FCF Olympique Lyonnais; Huitema and Lawrence with Paris Saint-Germain FC; Beckie with Manchester City FC; and Fleming with Chelsea FC.

Canada Soccer’s 2020 Canadian Player of Year Kadeisha Buchanan and Olympique Lyonnais started their defence of their UEFA Champions League title by winning their two legs against Juventus of Italy (6-2 on aggregate). In the 9 December match, Buchanan had the highest percentage of passing accuracy. Buchanan is the all-time Canadian leader with 18 career matches in UEFA Women’s Champions League.

Ashley Lawrence, Jordyn Huitema and Paris Saint-Germain clinched their Round of 16 ticket by winning their home and away matches against Górnik Łęczn of Poland (8-1 on aggregate). Huitema scored in both matches, thus becoming the Canadian with the most goals scored in UEFA Women’s Champions League and Qualifying (six goals).

Janine Beckie featured in both wins of Manchester City against Göteborg of Sweden (5-1 on aggregate) while Jessie Fleming made her UEFA Women’s Champions League debut for Chelsea FC on 9 December and helped Chelsea FC clinched their spot in the Round of 16 with their home and away wins over Benfica of Portugal (8-0 on aggregate). Fleming became the 23rd Canadian to feature in UEFA Women’s Champions League and Qualifying since 2009.

The Round of 16 draw will take place on 16 February 2021 with matches to be played in March.