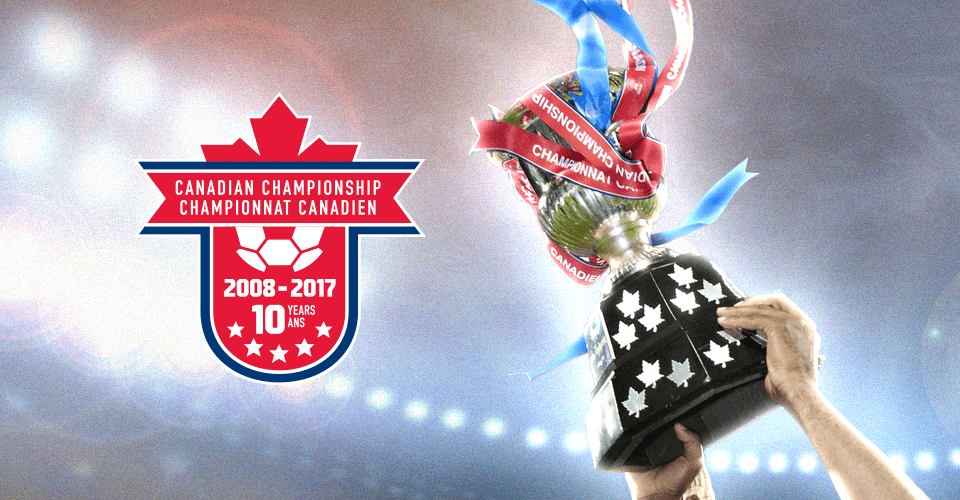 The final round of the 10th edition of the Canadian Championship will kick off Wednesday, 21 June

The final round of the 10th edition of the Canadian Championship will kick off Wednesday, 21 June at 7:30 ET between the defending title holder Toronto FC and rival Montreal Impact at Stade Saputo. The second leg of the final will be held June 27 at BMO Field in Toronto. Both matches will be available to fans coast to coast on TSN 1, 3, 4, 5 and RDS, the official broadcaster of the Canadian Championship.

“The Battle of the North comes down to two teams that are familiar foes and true rivals, so we are expecting a real fight for Canadian bragging rights, and a shot at international glory,” said Canada Soccer President, Steve Reed. “With the Canadian Content rule established for the 10th anniversary, all Canadians will have something to cheer about when a minimum six Canadians start in this final round.”

The final round was set between the rivals after Toronto FC overtook Ottawa Fury FC 5-2 over two matches and Montreal Impact won it’s two-leg 2017 semi-final series 5-4 over the Vancouver Whitecaps at the end of May.

The two sides last faced each other in the 2016 MLS Eastern Conference final, a memorable two-leg playoff series in which Toronto FC advanced to the MLS Cup. The two sides have also met in successive years in the Canadian Championship since 2012, but only in 2014 did they meet head-to-head in the final when Montréal lifted their most recent Voyageurs Cup. Since the Canadian Championship was inaugurated in 2008, Toronto have won five Canadian titles, a most of any team, while Montréal have won three.

“There is a history between the two cities that is always there,” said Patrice Bernier, the Impact Montréal FC captain from Brossard, Québec. “When I am on the pitch against Toronto, there is a warrior’s mentality that takes over.”

Additional information on the competition format and the clubs’ rosters can be found on the Canadian Championship official website at canadasoccer.com/championship.

Fans are encouraged to follow @CanadaSoccerEN on Twitter using #CanChamp for tournament updates, and live highlights, but also to connect with the two finalists @impactmontreal and @torontofc for more match coverage.