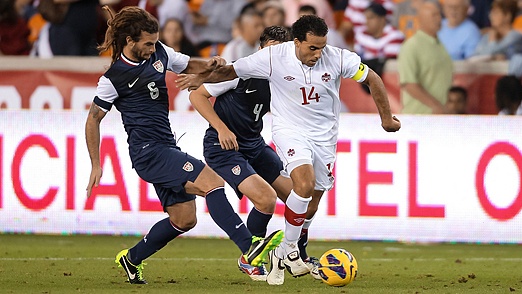 Canada’s Men’s National Team have fallen eight places to 72nd position in the February 2013 edition of the FIFA World Ranking.

Canada also slipped one place to eighth amongst CONCACAF nations in the monthly listing published on FIFA.com.

A young Canadian side took part in two Men’s International Friendlies in January 2013: losing 4:0 to Denmark on 26 January in Tucson, AZ; and battling USA to a 0:0 draw on 29 January in Houston, TX.

Canada will next be in action when it takes on Japan in Doha, Qatar in another Men’s International Friendly on 26 March.

Spain continues to top the World Ranking, followed by Germany and Argentina.