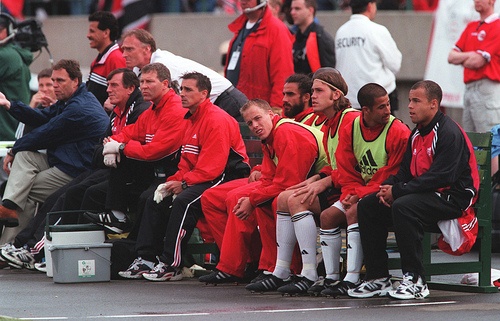 Dr. Carl Shearer, will receive the Brian Budd Award at the 2013 Soccer Hall of Fame induction banquet in recognition of his outstanding achievements in soccer and as a physician.

Dr. Carl Shearer, former Canadian Soccer Association team physician and Sport Medicine Committee member, will receive the Brian Budd Award at the 2013 Soccer Hall of Fame induction banquet in recognition of his outstanding achievements in soccer and as a physician.

Carl Shearer’s story in soccer begins as a youth player in his native British Columbia playing for Dunbar Stongs. With the team from 1970-1978, he won a remarkable six Provincial Championships and one National Championship. Shearer also had success at the Provincial level, and was selected as a member of the Canada’s Men’s Olympic Team in 1979.

Shearer’s professional career in soccer began and concluded with the Vancouver Whitecaps of the North American Soccer League, from 1978-1982. In 1979 Shearer’s Whitecaps won the Western Division Championship, the National Conference Championship, and the NASL Soccer Bowl Championship, played that year at Giants Stadium in New York in front of over 60,000 fans. In 2011, Shearer and his 1979 Vancouver Whitecaps teammates were inducted into The Soccer Hall of Fame and Museum in the “Team of Distinction” category.

After his playing days, Carl Shearer used intelligence and determination to go to medical school, becoming Dr. Carl Shearer. His passion for athletics led him to specialize in Sport Medicine where he actively practices as a Consulting Sport and Exercise Medicine Physician. From 1991-2010 Dr. Shearer was also a Team Physician for the Canadian Soccer Association. In 2002 he was on the Local Organizing Committee as a Medical Officer for the FIFA U-20 Women’s World Cup, and held the same position in 2007 for the FIFA U-20 World Cup. Up until 2010, Dr. Shearer had been on the Canadian Soccer Association’s Medical Sport Medicine Committee for nine years.

Today Dr. Shearer continues to practice medicine in the sporting world. In his spare time he coaches youth soccer, something he has been doing since 1998.

The Brian Budd Award was developed to recognize outstanding individuals who have excelled both in soccer and in another endeavour but who might not otherwise qualify for induction into The Soccer Hall of Fame. The candidate must exemplify good character, show outstanding dedication, achievements and leadership in developing soccer in Canada and provide inspiration to past, present and future generations.

Dr. Carl Shearer will be presented with the Brian Budd Award at the upcoming Soccer Hall of Fame Induction Banquet on 1 June, 2013 at the InterContinental Toronto Centre. For information about tickets to the Induction Banquet, please contact Robyn Caton 905-264-9390 x230 or rcaton@soccer.on.ca.