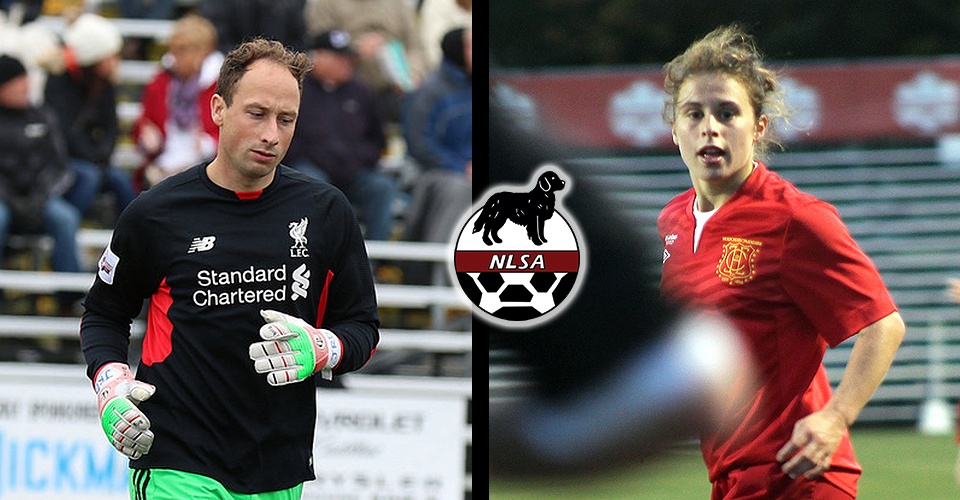 “2016 was a great year with tremendous competition at the local, Atlantic, national and university levels,” said Doug Redmond, President of the Newfoundland Labrador Soccer Association. “From youth players who made their mark at the Challenge Trophy and Jubilee Trophy levels, to the volunteers who make it all possible, the selection committee had some tough choices to make with their final selections. Congratulations to all award winners and nominees.”

Douglas of Grand Bank, NL won the Brian Murphy Award as the men’s player of the year. The 33-year old goalkeeper was the star of the provincial playoffs, leading St. Lawrence Laurentians to their 29th Newfoundland Labrador soccer title. In qualifying for Canada Soccer’s Challenge Trophy finals, Douglas won the Gerard Quirke Memorial Award as MVP of the provincial playoffs.

Rivkin of St. John’s, NL won the Lauren Breen Award as the women’s player of the year. The 24-year old midfielder was the star of the regular season and playoffs, leading Holy Cross SC to the provincial title. She won both the Raeleen Baggs Award as MVP of the regular season and Sherry Morrissey Award as MVP of the playoffs. In winning the Lauren Breen Award, she breaks Malorie Harris’ six-year stranglehold on the provincial honours (2010-2015).