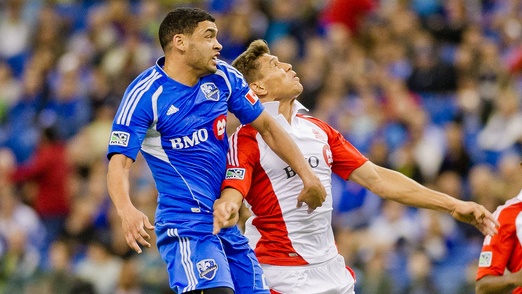 By the end of Wednesday 9 May, the final for the 2012 Amway Canadian Championship will be set. Fans should expert no shortage of drama on an evening that promises to feature two hotly-contested matches as Canada’s four professional clubs continue their path towards the Voyageurs Cup.

After drawing the first leg of the semi-final 0:0 in Montréal, Toronto FC and Impact Montréal will do battle at BMO Field to determine passage to the Championship final. The match will be broadcast live on Sportsnet Ontario and TVA Sports at 20.00 ET / 19.00 PT.

The other semi-final will see Vancouver Whitecaps FC bring home a 2:0 aggregate lead to BC Place as they attempt to see off any ideas of an away comeback by FC Edmonton. The match will be broadcast like on Sportstet West and Pacific at 23.00 ET / 20.00 PT.

The winners of the semi-final matches will advance to the final of the 2012 Amway Canadian Championship. The first leg is set for 16 May while the second leg is scheduled for 23 May.

The winner of the Amway Canadian Championship will go on to represent Canada in the 2012-13 edition of the CONCACAF Champions League, which serves as the qualification tournament for the FIFA Club World Cup.